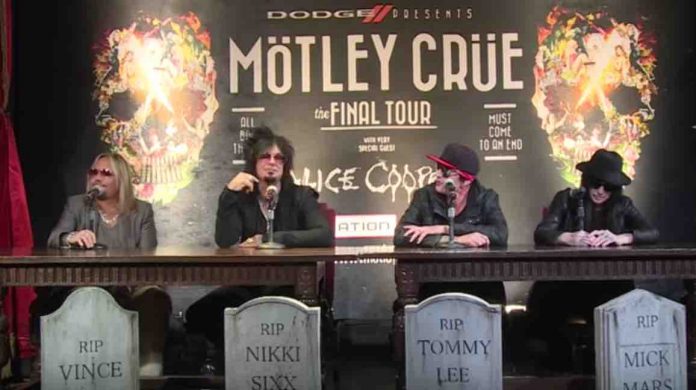 Motley Crue drummer Tommy Lee recently stirred controversy with his post on social media. He shocked the fans when he posted a full-frontal nude photo on his social media account. The 59-year-old Motley Crue member went on to share a picture of his tattooed body sitting down on what appeared to be the edge of a bath on Thursday.

Tommy’s wife Brittany Furlan was among the many people who commented on his post, writing “OH MY GOD” next to the image on Instagram. Tommy later followed up his original post with an image of an elephant staring at a naked male model, while swaying its trunk. It was captioned, “How do you breathe through that little thing??” apparently a reference to the size of Lee’s manhood. King’s X frontman Doug “Dug” Pinnick had also shared his thoughts. Now, the man himself has addressed the controversy.

Tommy Lee opens up on the nude photo controversy

He said in a video clip: “A couple of weeks ago, we had like a two-week break off the tour, and I went on a motherf***ing bender, bro — a bender. I got f**king sideways as f*** a got naked and posted pictures of my d*ck. And usually, I mean I’m a titty man, so I like to see titties, but tonight it’s equal-opportunity night. Tonight I wanna see everyone’s d**k. C’mon, pull your shit out. Pull your f***ing junk out. Let’s go.”