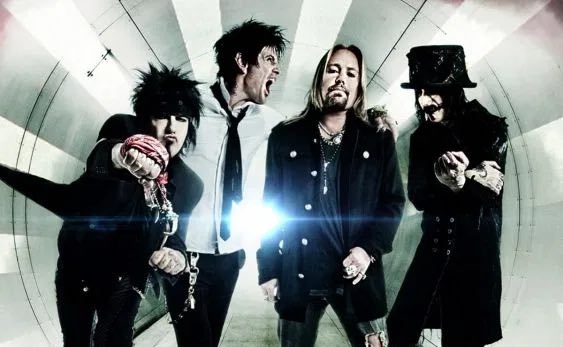 A fan named RiverAshby worked the bar at Foo Fighters’ Taylor Hawkins Tribute Show in Los Angeles, and he was asked on Reddit about Motley Crue’s Nikki Sixx and Tommy Lee.

“They were nice. I thought this a lot the whole night but I just kept forgetting how big these people are then you take a step back and you’re like… wow. Nikki very much didn’t want to be around alcohol it seemed like.”

“Nikki was visibly uncomfortable around people drinking. He stuck with what i’d assume was the sober crew. Tommy was funny. Great personality. he looks really good too.”

He was also asked about Nirvana bassist Krist Novoselic, “He was the first i met. early first one there at 1pm. me being a gigantic nirvana fan i was like “ oh so this is how today is gonna be”. just constant “holy shit” moments. he was very quiet… very tall. lol. he had these awesome purple pants on. him and his wife were just together walking around talking. the first time i saw dave was when he was saying hi to krist for the first time that day. it was an insane moment to capture. they did not drink. it’s wild cause growing up watching krist was always loud and making some hilarious statement but he’s just very quiet now.”