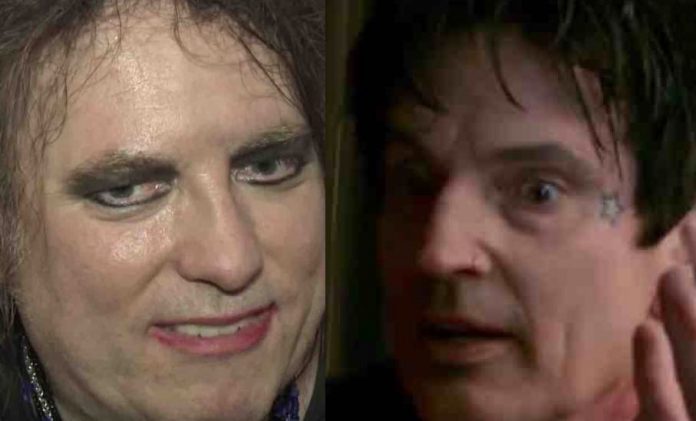 A clip of The Cure frontman Robert Smith being very dismissive, and some haters may say disrespectful, to an excited reporter at the Rock and Roll Hall of Fame induction ceremony has gone viral with over 8 million views.

Reporter: Congratulations, The Cure, Rock and Roll Hall of Fame inductees, 2019! Are you as excited about it as I am?”

Robert Smith: By the sounds of it, no.”

Reporter: Oh no! What are we going to do?

Smith: I’m sure we’ll get there eventually. It’s a bit early, isn’t it?

Reporter: Yeah, I guess it is. Maybe we just need a few drinks?

Reporter: Is there anything special about this night for you? Is this something that you’ve thought about, that you’ve wanted?

Smith: This is where part of my brain is saying, ‘Come on, say the right thing.’ We’re very happy to be here, but it’s not really something that is in a bigger plan or anything. It’s a bit of a surprise to be honest, because we’ve been really eligible for a long time, so it’s really nice to finally make it.”

You can watch the clip and full interview below.

this is the funniest start to an interview i have ever seen i love robert smith man pic.twitter.com/7H4okzPX0L