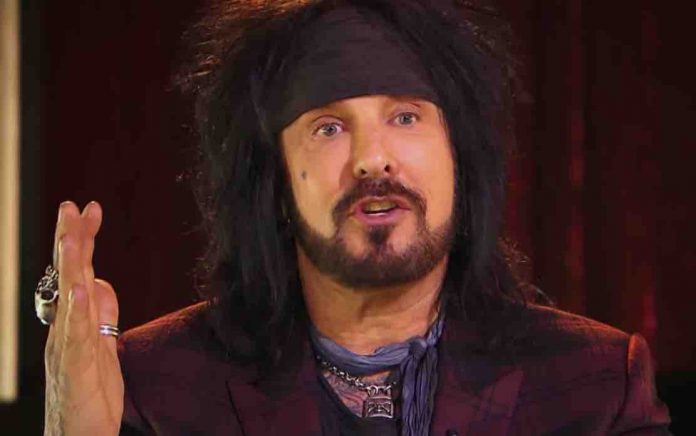 He tweeted, “The album is number #1.The fans are going crazy over #TheDirt. The critics hate it. ✔️🖤🧨👍🏽 😂💀 @MotleyCrue @netflix WORLD FUCKING WIDE.”

Fans are praising the film, with The Dirt currently sitting at a 7.5 score on IMDB.

The New York Times though didn’t like the film, writing:

Mötley Crüe’s first gig, as dramatized in Jeff Tremaine’s Netflix adaptation of the band’s memoir, “The Dirt,” does not go well. The drummer, Tommy Lee, knocks over a cymbal before anyone plays a note; the crowd’s heckling turns into a full-on brawl. But when that fight is over, a guy in the back punctures the silence to scream, “[Expletive] yeah, Mötley Crüe!”

And that sentiment is an apt summation of the approach and complexity of this tepid, incompetent biopic.

The film wants them to come across as flawed but likable human beings who learn and grow over the course of the narrative, and not as the unbelievably obnoxious assholes frozen in an eternal arrested development they so clearly are. (Baker comes closest to making his Tommy Lee a living, breathing human.) This isn’t meant as a moralizing scold—far better biopics have been made about far worse people, and good movies can have shitty ideologies—but simply to highlight the disparity between what the movie thinks is worth celebrating about Mötley Crüe, and what it actually conveys. Even leaving aside Sixx’s efforts to distance himself from a confession of rape in the book he’s now suggesting never happened, this is a tale of clueless jerks who can’t grasp the distinction between the entertaining nature of rock-star abandon and the distasteful practices of loutish shitheads. The movie flows unquestioningly from one to the other, from fun to foul, which may just be the point, but not in the way it’s intended. “We were a gang—a gang of fucking idiots,” Sixx says early on, wanting to let you know that, hey, not to worry, they’re in on the joke, they know this is fucked up. If only it could be half as fun as Mötley Crüe thinks it is.

The album is number #1.The fans are going crazy over #TheDirt. The critics hate it. ✔️🖤🧨👍🏽 😂💀 @MotleyCrue @netflix WORLD FUCKING WIDE