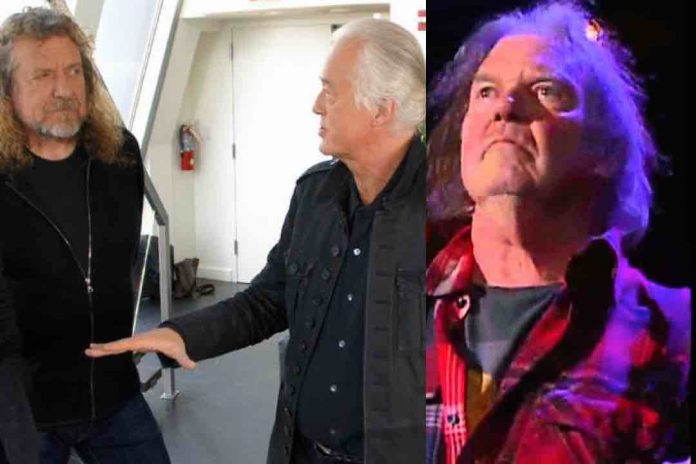 Neil answered, “Terry on harp! Will check for LIVE AID. Thanks, Neil.”

Another fan asked, “Neil/Archives gurus, I don’t question the desire, for lack of a better word, for a new tier of subscriber. My question, as both an NYA subscriber, and music collector, is how long would you envision the length of time from digital only/NYA available album, to physical vinyl/CD release? Thank you and keep up the awesome work, Mark Hamilton. Two Rivers, Wisconsin. P.S. Love the new album with The Horse. Miss Poncho, but always good to hear Nils.”

Young responded, “Marks, It takes four months to get vinyl out after the mastering process is complete. We make everything else from that mastering process as well. But there are numerous projects to complete. We are following the best inclinations we have. We may start asking in a special letter to NYA users which releases they want the most. Still looking at that. HOMEGROWN is next. Thank, NY.”

A fan named Nihilistatari recently posted on the Neil Young Reddit, “I really do not know how active this subreddit is as I’ve only been here a few times, but I just have to say something. I have been listening to many different versions of Cortez the Killer over the past 5-6 months and it never fails to evoke such an extreme emotional reaction from me. I have never had a song consistently strike me so deeply, and I truly think it is one of the finest songs ever created. I know that’s obviously subjective, but it is just so perfectly melancholy and serene in all the right ways.

I know I am kind of just waxing poetic right now, but this song means so much to me right now. Where I am at in my life right now, this song just never leaves my soul, man. I just had to go somewhere and say that.” Roger Waters recently made an ’embarrassing’ Neil Young claim.