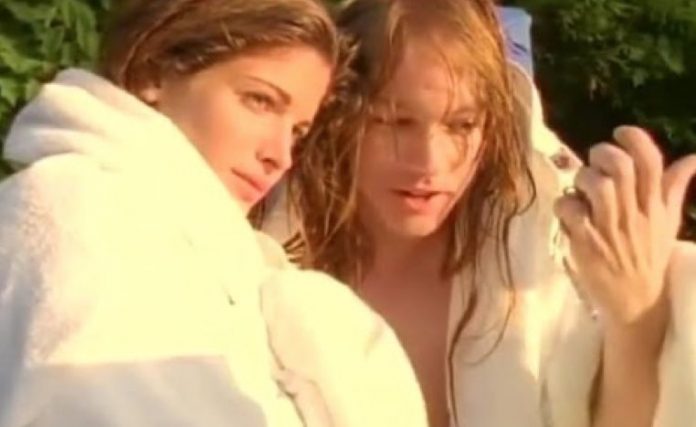 Guns N’ Roses fans on Reddit recently discussed Axl Rose’s nicknames for his bandmates. L3sPau1 posted, “So the only reference to Steven ‘Popcorn’ Adler is Axl’s introduction at the Ritz show. I’ve never heard Adler—or anyone else in the band—refer to himself as Popcorn. Couldn’t it be that this was a one-time ball-bust from Axl about something?”

LocoComa responded, “Axl would frequently give Slash and Steven different variations of nicknames when he introduced them in ’87/’88. Steven ‘Indica bud’ Adler was another that stands out in my memory.

‘Half-man, half-beast, and three parts Jack Daniels’ was another line he used for Slash. But he would change the variations almost every show for them. Izzy never really got any, and Duff was always ‘The King of Beers’ Duff ‘Rose’ McKagan.

Popcorn just stuck because the Ritz show is the most famous GN’R show, and the majority of the general fan base isn’t seeking out other random bootlegs.” Ibbo55 said, “I remember someone asking a question about the Popcorn name on his Reddit AMA. He said nobody had called him Popcorn before and Axl introduced him as that for one show only and never again.” Axl Rose recently revealed to a bandmate why he had to replace Brian Johnson in AC/DC.