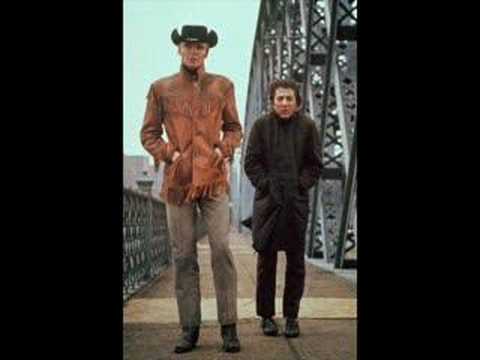 New Hollywood Rewind is a new series on Alternativenation.net where writer Anthony Carioscia takes a look at films from the period known as New Hollywood. For this third entry Anthony will take a look at two iconic Dustin Hoffman films from that time, The Graduate and Midnight Cowboy.

The Graduate was a dark romantic comedy film directed by Micheal Nichols. It stars Dustin Hoffman,Katherine Ross and Anne Bancrof. The films tells the story of a young man who just finished college and seems to have everything going for him. During a celebration Misses Robinson, an older woman who is a friend of the families starts coming onto to our main character. At first he tries his best to resist but she makes fun of him and calls him a virgin, he gives in and the two start sleeping together on a regular basis. Things get even wackier when his parents who have no idea of this affair try to set him up with the Robinson’s daughter Elaine and the two end up actually falling in love. As you can see from this description that this film is already something that wouldn’t fly in classic Hollywood. The film is also a comedy in a less traditional sense. Most hollywood comedies of the time were very goofy and focused on characters cracking jokes in over the top situations. Here the film is still wacky, but feels more grounded and like something that can actually happen. Instead of goofy jokes, the film uses awkwardness and sticky situations to bring on the humor.

The 1969 fim which also started Hoffman, while extremely different is also very similar.This film is known as Midnight Cowboy. For one both deal with themes not common in classic Hollywood. We also feel bad for Hoffmans character but for different ways. In Graduate its cause he ended up ruining his life for most of the film and in COwboy hes just a con artist going nowhere who eventually passes away. Both seem to show the shady life of America at the time too.