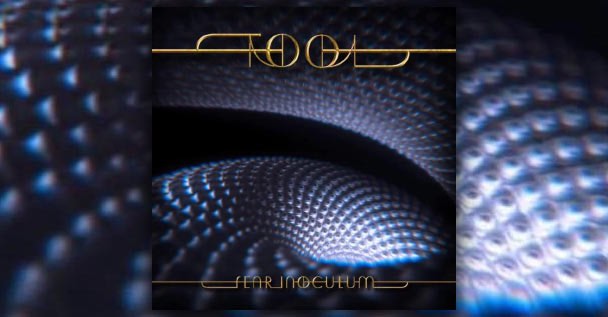 A new Tool album Fear Inoculum review has been released, just a week after the first two bombshell reviews surfaced, and it confirms two new song titles for the first time: “Mockingbeat” and “Pneuma.” “Mockingbeat” is described as an ‘epic’ album closer and “Pneuma” is called ‘post-post rock.’ The ‘ugly’ and ‘beautiful’ sound of the band on the album is also discussed.

NME wrote, “It’s often said that Tool are a ‘thinking persons metal band’, a quote attributed to Australian journalist Patrick Donovan, with the quote continuing – quite sublimely – thusly: ‘Cerebral and visceral, soft and heavy, melodic and abrasive, tender and brutal, familiar and strange, western and eastern, beautiful and ugly, taut yet sprawling and epic, they are a tangle of contradictions.’ This assessment remains true, though modern metal – Astronoid! Khonsu! Sleep Token! Loathe! – is full of bands who’ve not so much pushed the envelope but made a concertina out of it.”

A Tool member recently revealed an embarrassing Eddie Van Halen secret in regards to if he is as good as him. Hard Rock Daddy wrote about the title track on the new Tool album, “The introduction to the song sounds like a science fiction movie set in the Middle East. The tribal beats simultaneously mystical and haunting. Maynard James Keenan’s unique vocal style tinged with a hint of Jon Anderson. Justin Chancellor’s distinct bass playing groove makes this progressive song feel like home for Tool fans, as does Adam Jones’ eerie dissonance and layered nuance. Danny Carey’s drumming sets the tone for the entire musical journey that twists and turns in unpredictable ways.

“Fear Inoculum” mesmerizes you at one moment, and rouses the beast within you the next. Even after ten minutes plus, you still want more. It feels like the journey is just beginning when the song ends. After a 13-year hiatus, you would think that an overture such as this would quench the thirst of fans who feel like they have been wandering the desert for years waiting for the dry spell to end. But it doesn’t; it just whets your appetite. The countdown begins until the album is released at the end of the month…” Corey Taylor recently reacted to a new Tool album bombshell.