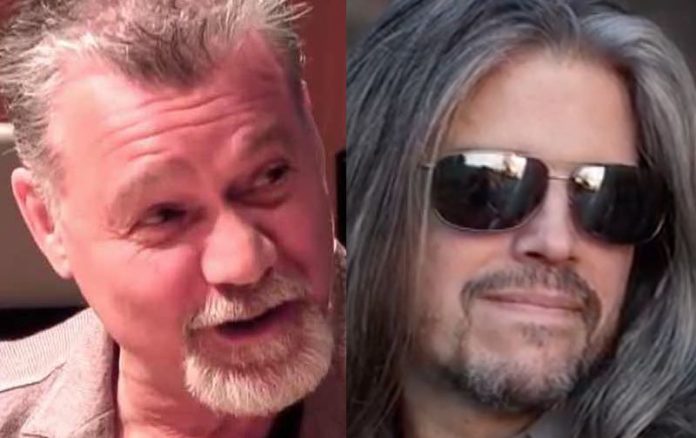 Tool guitarist Adam Jones revealed in a new interview that he sadly cannot play guitar as well as Eddie Van Halen, and he wishes he could. Maynard James Keenan also recently made a bold claim about heroin in an interview with Joe Rogan.

He told Guitar World, “I’m not Eddie Van Halen, but I try to figure out other things I can do that are mine. I love Eddie and I wish I could play like him, but it’s kind of been done and that’s also kind of the point! For a guitar player – regardless of what your level is – it’s about doing what you can do and trying to do it well instead of worrying about how someone else does it.

I think people get kind of lost when it comes to why they’re doing it. It’s not a video game where you have to master a sequence exactly or you don’t beat the level. That’s not what guitar playing is, and if you’re trying to emulate someone else, sure, it can help you with what you’re doing, but if you get lost in that pursuit, you’re not going to do anything worthwhile. I play the best I can – and I try to play with emotion and from my heart – and get myself excited while doing the best job I can do.”

The first new Tool album Fear Inoculum review recently surfaced, and the album is set for release on August 30th. Michael Anthony recently gave a shout out to Eddie Van Halen with an emotional video, after rumors of a Van Halen reunion tour. Eddie Van Halen’s son (and current Van Halen bassist) Wolfgang Van Halen is a huge Tool fan and has liked several posts on Instagram about their new album.