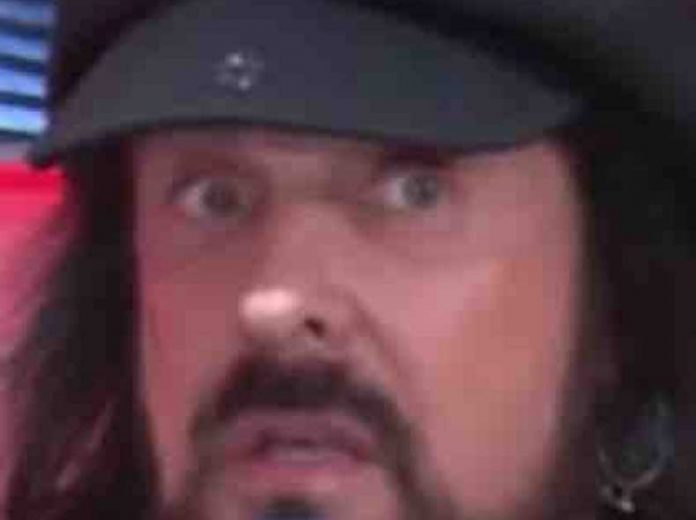 Motley Crue bassist Nikki Sixx recently spoke to SiriusXM’s “Trunk Nation L.A. Invasion” about “The First 21: How I Became Nikki Sixx”, his new book which looks back at his formative years starting with his birth in 1958 as Franklin Carlton Feranna to the date in 1980 — before the band was formed — when he legally rechristened himself Nikki Sixx.

Written with Alex Abramovich, the new memoir was released October 19 and quickly shot to No. 1 on Amazon’s rock music books chart. It is also in the Top 40 of Amazon’s overall biographies and memoirs chart. Dave Grohl Reveals Who Is Saving Rock In 2021

Nikki Sixx talks about an incident involving her girlfriend

“The reason I used a co-writer [this time around] is my last book took two and a half years to write, and I just wasn’t down for that,” Nikki explained (as transcribed by BLABBERMOUTH.NET). “And I wanted to have somebody who get the story on paper and that also had a voice like mine. And then I’d go over and work on top.”

He detailed the research that went into writing the book. Nikki revealed the whole story and here is the full excerpt:

“[Alex] called me and he said, ‘Hey, Nikki, I found your first girlfriend.’ I go, ‘Is she still in Jerome, Idaho?’ I was 13. He said, ‘No. She’s in Utah.’ And she’s married. She has a Facebook page, but there’s no social media, there’s no any way to get a hold of her. There’s just a landline.’ He goes, ‘What do you think I should do?’ And I go, ‘Let’s call her.’ So he calls, and he goes, ‘Hi. I’m Alex. I’m working on a book about Frank Feranna.’ And she goes, ‘I remember Frank.’ And he goes, ‘Would you be open to talk about it? And Frank would like to talk to you.’ So she started saying, ‘Where did Frank go to after? I heard he moved to Seattle.’ And then he kind of starts backtracking, and he ended up in Los Angeles. And he says, ‘Now he lives in Wyoming with his wife and daughter. And he’s got four older kids.’ And she goes, ‘What did Frank ever end up doing?’ And he’s, like, ‘Ohhh. Ehhh… Well, he tours.’ And she goes, ‘What do you mean?’ And then he goes, ‘He’s in a band.’ And she’s, like, ‘Frank’s in a band?’ And then it was, like, kind of that moment where he was, like, ‘Oh, wow. This is happening in real time. This is so innocent. And so perfect.’ Even though it didn’t fit into the storytelling in the book. [And she says], ‘What band?’ ‘MÖTLEY CRÜE.’ Dead silence. She goes, ‘I had a MÖTLEY CRÜE album in my hand one time, and I looked at the photo and I go, ‘That looks just like my first boyfriend Frankie.’ And she looked down and it said, ‘Nikki Sixx.’ So, she put the record [down]. She didn’t even buy the record. [Laughs]”

“The First 21: How I Became Nikki Sixx” was released on October 19 via Hachette Books.