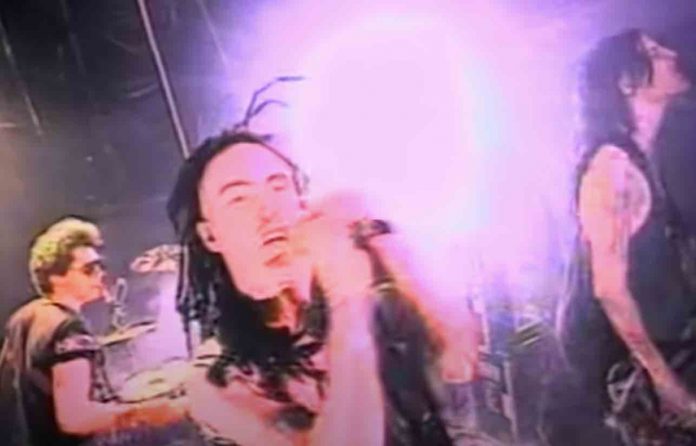 Former Nine Inch Nails guitarist and current Filter frontman Richard Patrick doesn’t seem to pleased that other past and present members of NIN have just been added to their Hall of Fame lineup, while he hasn’t been.

Alternative Nation was able to screenshot a post by a fan that Patrick shared that stated, “The Rock Hall needs to amend the Nine Inch Nails listing to include a major contributing member, Richard Patrick. Contributions on Pretty Hate Machine and Broken are key! #AddRichardPatrick #RockHall #RnRHallofFame.”

Patrick shared another comment that said, “All that’s all I have to say about that. [Middle finger emoji] @RockHall.”

Richard himself stated, “This day can officially suck my dick!” Patrick played in Nine Inch Nails from 1989 to 1993, and is a fan favorite from one of NIN’s most important periods in their history. He performed on “Sanctified” on Pretty Hate Machine in 1989, and appeared in the music videos for “Head Like A Hole,” “Down In It,” and “Wish.” Patrick left NIN in 1993 to form his own band, Filter, which went on to have huge success in the 90’s with the hit singles “Hey Man Nice Shot” and “Take a Picture.”

Patrick has frequently praised Trent Reznor in the last several years on social media and in interviews, so this isn’t the case of Reznor and Patrick having issues, it’s just another blatant snub by the Rock and Roll Hall of Fame!