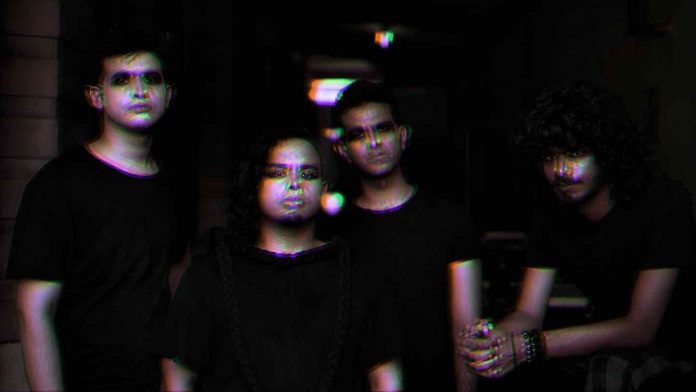 Combining stunning visuals with powerful music is time tested way to take one’s art and help elevate it. Think Nine Inch Nails “Closer” or Pearl Jam “Jeremy.” These are two classic that on their own musical foundation possessed all the necessary traits to be hits. However, in conjunction with their stunning visual representation through the form of a music video, their songs became classics destined to live on forever. For Nivid, the wildly forward thinking, innovative rock band from Gurugram, India, they have taken this precedent to the max with the release of their latest single and music video, “The World Around Me (Infinite Support).”

What separates Nivid from other alternative rock bands is their fantastic incorporation of industrial music. Alternative and industrial, like chocolate and peanut butter, are two great tastes that taste great together. Running with the flag planted at the university for Nine Inch Nails, Marilyn Manson and Type O Negative, Nivid are taking industrial and alternative to the next level. The anthemic vibe of “The World Around Me (Infinite Support)” is only outmatched by it’s push pull verse and chorus dynamic.

The manic drumming really sets the pace. It’s not often that the drums provide the major hook in a track but there is something so addictive about the drumming throughout that you just get lost in it. The graffiti laden walls showcased throughout the video that provide the true assault on the senses. The shifting from black and white to color adds to the unsettling, energetic feel as well, further adding to the wonderful intensity.

With MTV a shell of its former self, you can make the argument that the form of the music video is less important than in years past. While there may be a hint of truth to this, Nivid has proven that well done well- and in conjunction with a great piece of music, artists can still successfully utilize the medium to maximize their impact. Make sure to check out the wildly fresh Nivid and their awesome music video!