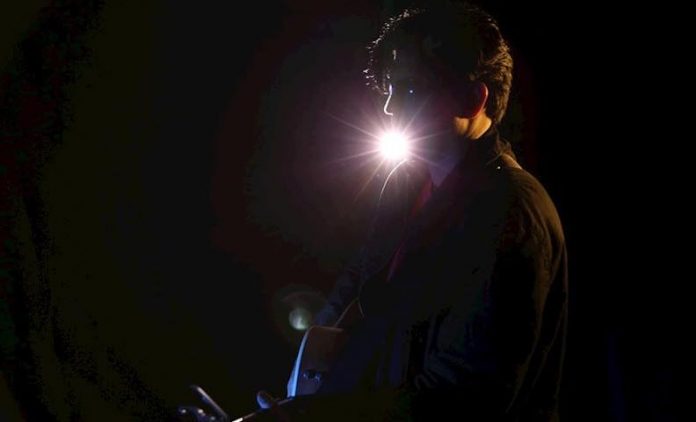 What a musician we have here today! Hailing from the lonestar state of Houston, Texas, we have Shri Baratan AKA Nonviolenze. Shri is a solo musician who takes lots of influence and inspiration from the greats such as Pink Floyd, Jethro Tull, Yes, and eastern classical music.

Shri stated the following about his record, “Matrix”:

“People live in a super complex matrix. In psychological boxes we exist as members of a nation, religion, class or profession. Born in a certain square in the matrix, migrating to another isn’t easy? The boundaries are closely guarded. The prosperous are territorial of their boundaries so are the religious protective of their beliefs.”

Shri continues: “To climb the pyramid and enter the circle at the pinnacle, one must endure the ruthless rat race. All eyes are on the fortune. Abundance in the hands of a few. Those at the top cozy together and guard the keys to the treasury. Perhaps, the most important thing to know is that – you are only where you think you are in the matrix, a mere prisoner of your own perception.”

I really love the depth here in the above statements. It’s very apparent that Shri is very about his music and his art. His words are also on a high level as you’ll find out more as I dive into his music.

The song “Matrix” is a really nice changeup from what’s usually in my playlist. Nonviolenze’s music is very spacey, out there, and vibey. Shri’s voice is incredibly unique which grabs your attention and commands a listen. The music video for the song goes hand in hand with Shri’s artistic vision as well. We see lots of video effects panning from Shri to his guitar and then misplacing the video clips in different frames.

Shri states in his song: “To a better place to migrate. Rat races and hunger games.” That line caught my attention heavily. Very Jim Morrison-esque writing style. I love the mysterious writing that trends song to song.

I should note that I took the liberty to listen deeper to Shri. I listened to the newest record “Ghosts Of War” and I wanted to give a quick review of that as well. I must say that if you love experimental music with lots of space, time changes, vocal play, and ultimate uniqueness; I can’t recommend the record enough if that’s what you’re looking for.