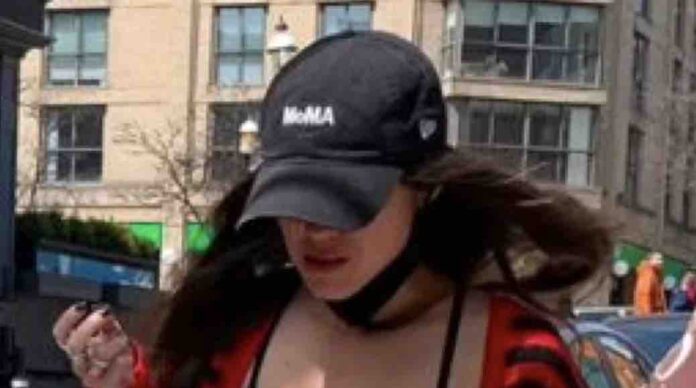 Olivia Rodrigo is rocking the country yet again as she has been not only giving hits, but giving looks as well. The once ‘High School Musical’ star turned pop icon recently took the sidewalk dressed down in a very grungy look which featured a dad hat, a sweater reminding us of Kurt Cobain in the way it was slouched, some add-ons, and an open shirt sports bra look.

The star seemed to have been making a very telling message on what surprises she had in store for the fans going to her shows. If they would have guessed that Olivia would be sharing the stage with another icon – they would be right.

In fact, during the run of he latest show, Rodrigo brought out Avril Lavigne as the two did an amazing performance of Avril’s track, ‘Complicated’, which was originally released in 2002.

The Deja Vu singer later shared a out a photo to the world via Instagram of her time with the princess of pop-punk as they shared a hug with one another. This could mean many things, in fact. Some are already speculating that the duo will be releasing music together. Others are just happy that these two clashed in a positive way.

Olivia also wrote a message in her caption to express her gratitude for the Sk8er Boi singer’s participation in her event which was based in Toronto, CA.

Rodrigo stated the following: “Toronto last night was special. thank u dearest @avrillavigne for singing with me. look up 2 u so much.”

The performer initially began her Sour Tour on April 5 with a performance that took place in Portland, Oregon and has made it to Canada in a fairly short amount of time. The tour continues to move forward and their may be some other surprises that come our way as she moves forward in stride and in fashion.