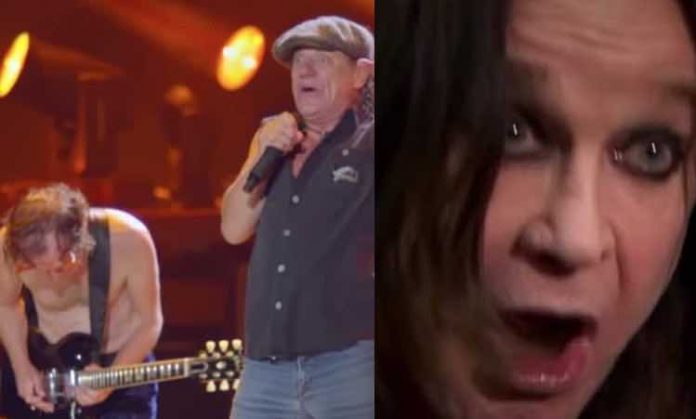 Rickshaw1 posted, “Dude on Ozzy’s Boneyard said the boys have an album in the can and will tour Stadiums in 2021, hopefully. So he’s guessing too.”

cavaacdc73 added, “At this point probably a new album will be out after Back in Black new release/celebration… It means second half of the year (as Black ice and RoB) We can only wait…”

BrennaB wrote, “There has been smoke for 1.5 hrs now. Lol. Just keeps smoldering. I have tried staying positive. I haven’t posted one thing negatively about the possibility of an album and/or tour. I’m starting to feel a little negative though.”

Pedro Hodecker chimed in, “Smartest thing to do would be releasing the album on BIB anniversary. Just saying.”

Carolinareaper responded, “Not sure as one would take away from the other – unless its a BIB anniversary edition with some new tracks added that they did in Vancouver last year.”

Pedro Hodecker said, “I mean, if they do some merch and some clips for BIB anniversary like they did for HTH, the name of the band would be hot like on last July. For me, it’s perfect timing for new material. The end of the cycle, the 40 years. My thoughts.” An AC/DC icon ‘refusing’ to become a millionaire was just revealed.