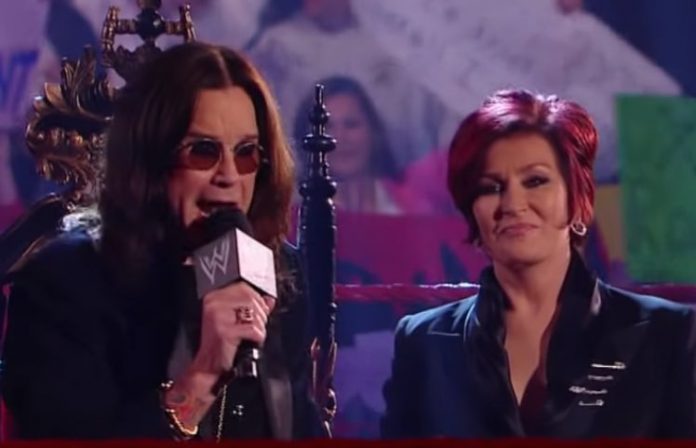 Yungblud recently shared the experience of working with the legendary Ozzy Osbourne on the video for his latest single ‘Funeral’, in which the Black Sabbath star and wife Sharon made a cameo.

The Doncaster rock star recently joined NME for this week’s Big Read cover story, ahead of the release of his self-titled third album, which will be released in September. In between live clips, the ‘Funeral’ video featured footage of the musician – whose real name is Dominic Harrison – digging his own grave, while Osbourne watches on.

During the video shoot, Harrison said he had divulged the legend about some of the hate he had received online, particularly some social media users calling him “disrespectful” for spitting beer in the crowd at his gigs.

“I was speaking to him about what happened on Twitter, and he said, ‘If you want to spit beer on the audience, do it, as long as you do it with love’,” Harrison told NME.

He continued to discuss Osbourne’s current condition and the advice the metal icon had given him. “People think [Ozzy] is kind of… gone, but he’s not,” he said. “He’s so intelligent and so fucking beautiful. People are scared of him until they hear him speak. He said that he saw a lot of himself in me. He said, ‘Never apologise for anything. They will understand you later. Time always tells.’”

Yungblud recently announced his third record last month which is self-titled and explained he had named it after his stage moniker “because nothing in my life has ever made more sense”.