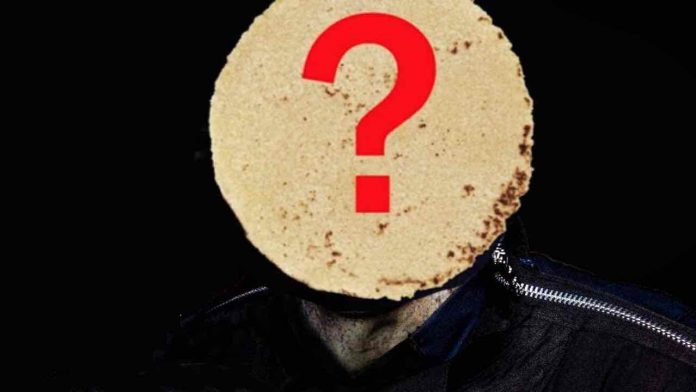 New Slipknot member Tortilla Man, whose real name is reportedly Michael Pfaff, was filmed having abandoned his old outfit with a new jumpsuit by M. Shawn ‘Clown’ Crahana, who teased that he would unmask the ‘new guy’ but did not. Corey Taylor revealed an unmasked photo of Tortilla Man, but censored his face. The clip was filmed during the making of the “Nero Forte” music video, which Crahan offered an extended behind the scenes look at the making of on Slipknot’s Instagram stories.

In another video, everyone’s mask was seen laid out except for Sid Wilson’s. Fans on Reddit noted that Wilson’s mask was not present. Sarcastrxphe posted on Reddit, “Regarding this clip from the Instagram story… are we not seeing Sid’s mask for a reason, is his final one completed now maybe? Everyone elses masks are present except his.”

A Slipknot member’s younger girlfriend was recently revealed.
LettuceKetchupPod responded, “Could also be the mask and all it’s parts are to big for the table. There’s a lot of stuff on that table so it’s probably just sitting on another one.”

It’s been a busy month for Corey Taylor with this video shoot and his marriage to his lovely new wife Alicia Taylor. Corey Taylor also has been promoting is ‘In Search of Darkness’ horror documentary. He wrote on Instagram a couple of days ago, “1 More Day To Halloween! Which means you’ve only got a few hours to get your personalized copy of the Corey Taylor Collector’s Edition of In Search of Darkness. Grab your copy to get the Blu-Ray/DVD, Poster, Pin, and Postcard. Link in bio.” Slipknot singer Corey Taylor ‘freaked out’ at a big name recently.

Shawns trolling us 🙁 from r/Slipknot