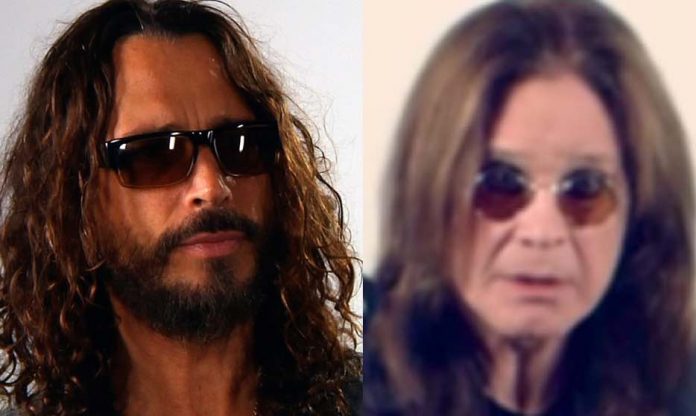 “They’ve been dropping in fours and fives, when it used to be once in a blue moon, but I’m still here.”

He added, “Lemmy died awhile ago. Before he died, he said to me, ‘Well, I could have had 10 more years if I did all the proper things, but I did things my way..’ He knew what he was doing. It’s sad and I miss him being around.”

He later said, “I said to my wife the other day, ‘Why have I survived?’ And she said, ‘Don’t complain!’ He laughs, ‘If it wasn’t for Sharon, I would’ve been gone a long time ago. She used to bollock me all the time about it. I did have a conscience and I realised, ‘Do I really want to be remembered as a sad junkie and an alcoholic nutcase?’ But if you’d said to me years ago, ‘How long do you think you’ll last?’ I would’ve said, ‘I’ll be dead by 40!’ Luck has shadowed me all the way. If you’d read a new story that said ‘Ozzy Osbourne has been found dead in his hotel room’ you wouldn’t go, ‘Oh, really?’ You’d say, ‘Well, obviously!'”

Ozzy was a fan of Kurt Cobain, another rocker who died before his time.

Ozzy told Spinner.com in 2007, “Apparently, I met (late Nirvana frontman Kurt Cobain), ’cause I was talking to Dave Grohl and he said, ‘You probably don’t remember this, but when you were in Devonshire Studios in the (San Fernando) Valley, me and Kurt were in the room where they had a pool table. When you walked in we were like, ‘F***ing hell.'”

“Kurt really liked Ozzy,” Dave Grohl told Mojo magazine. “Growing up in a town like Aberdeen (Washington) and hearing a band like Black Sabbath – it’s a sweet release. Suddenly there’s something outside your small-town world you can relate to when you can hear that in someone else’s music.

“The first Nirvana record, Bleach, which I don’t play on but I love, you listen to some of those songs and it’s a guitar line, a bass line, a vocal and thundering drums. There’s lot of Black Sabbath in that, for sure.”