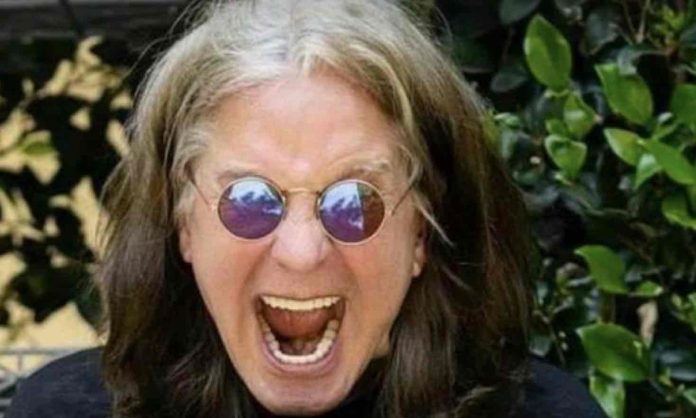 Joe Satriani is one of the most popular and impressive rock guitar legends in the world today. As a 15-time Grammy Award nominee and selling over 10 million albums, Satriani is currently the bestselling instrumental rock guitarist of all time. During a recent interview with Planet Rock Radio, the guitar rock icon told a story that entailed the first time he saw fellow rock institutions Black Sabbath at New York’s iconic Nassau Coliseum and how this led to the fire marshalls being called. Credit to Ultimate Guitar for the following transcription.

Ozzy Osbourne’s daughter is dating this rock legend. Oh, have I got a great story about that… [laughs] You have to just imagine where I grew up, suburbs, just 30 minutes from New York City, the ’70s. ’60s are burned out and over. But we’re young kids and we want to rock. And they pull in to play what’s called at the time the Nassau Coliseum. It’s wintertime, the place is sold out. Lynyrd Skynyrd’s opening up. They were great, by the way. After they play, there’s like an hour and a half and there’s no Black Sabbath. And the kids are going crazy.

Now I’m standing on the floor with the lead singer in my high school band. And we love Sabbath. We’ve been playing Sabbath, listening to Sabbath since the very beginning. And we’re dying to see this thing happen. But they’re not coming out. And as New Yorkers do, they get a little upset that things don’t go their way. So they decide to, somehow, start bonfires on the floor.

Satriani would then explain how this would all lead to the crowd then booing the scene, including the popular rock group.

So we’re standing there and we’re looking around, we’re going ‘There’s fires! What’s happening?’ People are taking off their winter coats and they’re setting them on fire in these big piles. And then the people that are sitting in the stands are throwing stuff, anything that they don’t want, and they’re just screaming for Black Sabbath.

The fire marshals come out, they turn on all the bright lights they start spraying fire retardant on us. I got covered in this white foam. But I have to say… We’re like ‘Yeah, this is like the best concert ever!’ [laughs]
And then, of course, they eventually come out and it turns out Ozzy’s got a cold and he’s being very apologetic to the audience, saying ‘I’m really sorry, I just can barely talk.’ And people are booing him and throwing things on the stage.

However, my best memory of that whole night, besides the wonderful mayhem that’s typical, what you would like when your teenager, is Geezer Butler’s bass. That was just like the greatest thing that had ever come across me in a live show. And live shows weren’t that great sounding back then, you know, the PA systems were pretty terrible. But his bass was just so wonderful sounding. And the way that he played, he drove that band. It’s like, you could just listen to him and a little bit of Ozzy and that would be the whole experience. It stuck with me how important that bass guitar was, and that person having that kind of musical personality and how important it is in the band. I think as a young musician, that was a key moment, just acknowledging that and his great musicianship.