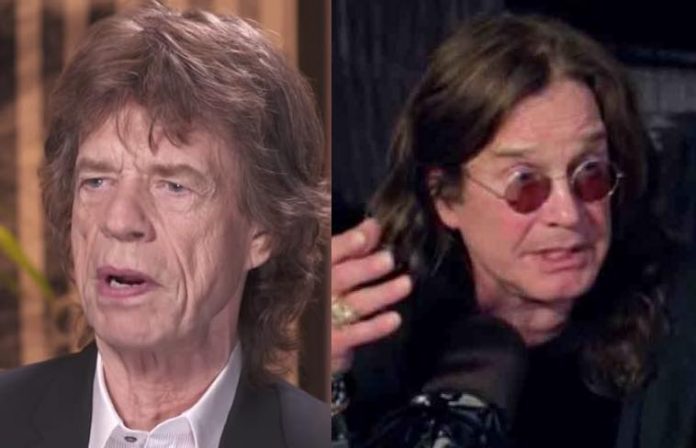 Legendary Black Sabbath frontman Ozzy Osbourne’s wife Sharon Osbourne reacted to an interviewer recently telling her about alleged rapist Harvey Weinstein working with The Rolling Stones and their frontman Mick Jagger. The Who revealed a gross photo for Mick Jagger’s birthday yesterday. Below is an excerpt from the Celebrity Access interview.

“Oh yes. I can remember, believe me dealing with him. I remember him from being on the road with Electric Light Orchestra before Ozzy.”

Down under in Australia, Chuggi (Michael Chugg of Chugg Entertainment), and Michael Gudinski (of Frontier Touring) are still going strong after four decades of concert promoting.

“Oh hell’s bells, those two. The gruesome twosome. You know, characters like that don’t exist anymore.”

Is it different today dealing with younger promoters and agents?

“It’s very, very different. The people that you deal with now are all…how can I say….they are also these computer nerds. They are geeks. Everything in life, that what it’s about is change. This new breed in the industry is just so fucking boring.”