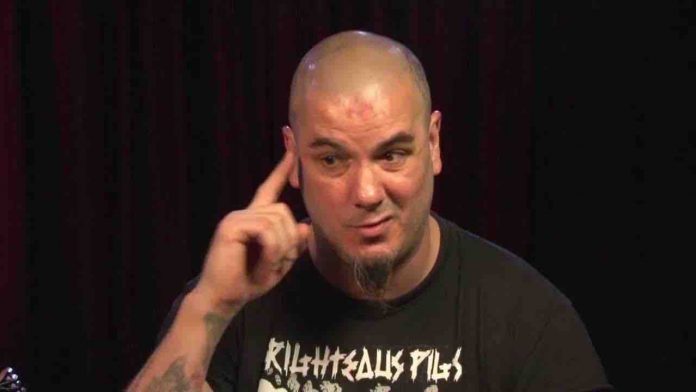 In a new interview with Heavy Culture, vocalist Kyle Thomas of New Orleans-based thrash metal pioneers Exhorder was once again asked about his band’s supposed influence on Pantera’s decision to move from a power metal act to a more aggressive form of thrash. This has been something that has been talked about for a very long time, and Phil Anselmo denies this being the case at all.

He said: “Pantera had an evolution. Early, they were kind of glam-ish, and I don’t know if necessarily the music was as glam as maybe the appearance. But a lot of heavy metal bands… I mean, I played in heavy metal bands before I was in Exhorder where I wore the spandex pants and black eyeliner. We all kind of did at some point — not everybody, but some people did. A lot of the thrash bands we love today — Slayer, Destruction — they wore makeup and leather and spiked wristbands and stuff.”

After this, he went into the history of how it could seem that Phil got some ideas from Exhorder.

He said: “Phil almost joined Exhorder for a minute. The band was reforming and I wasn’t interested, so Phil was asked by the band if he wanted to sing, and he said yes. And when I found out Phil wanted my job, I took my job back. [Laughs] That’s kind of how that went. I know we were one of… We’re still one of Phil’s favorite bands.”

He would then state how things have gotten too blown up: “I don’t think it needs to be that big of a conversation anymore. Basically, we’ve reformed back in 2017, and we’re still going strong, about to do our second album in that timeframe. And they’re [Pantera] putting some shows together with some friends to bring the band and songs back to life, which I think is a great thing. So there’s room for both.”

Back in 2013, Anselmo denied that Exhorder was a major influence on Pantera’s sound, telling Examiner.com: “It’s absolutely untrue. Exhorder was a killer band, don’t get me wrong. And for their time in the local scene in New Orleans in 1988, as far as skill level, they really upped the game for everyone. To this day, I’m still really good friends with their singer, who is now the singer for Trouble. Kyle and I come from the same school of heavy metal vocals — Rob Halford, Don Doty from Dark AngelL, and Tom Araya — so there are similarities between us, but musically, I don’t hear it at all.”

In a 2007 interview with Midwest Metal, Kyle addressed the possibility that Exhorder inspired Pantera’s more aggressive early 1990s approach, saying: “The thing I hate the most of this topic is just how handcuffed we are to their success. Did they rip us off? Possibly. Was it deliberate? Maybe. Were they influenced by us? Definitely. Did they work a helluva lot harder than we did? Absolutely. Case closed.”