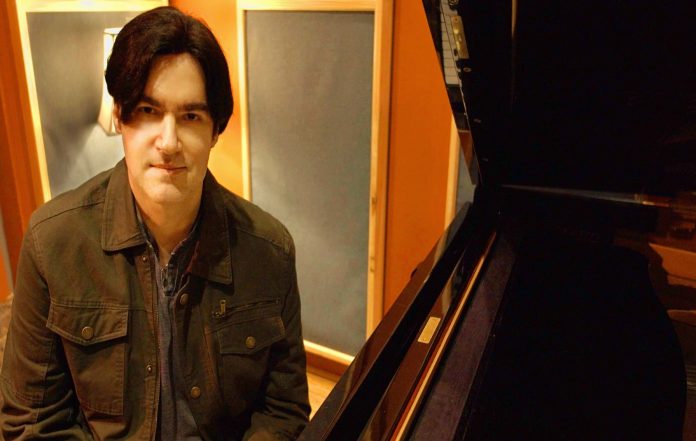 Paul Maged; Noun. Singer-songwriter rocker also known as “The Maged Man.” It’s use in a sentence; At a time when rock music is flatlining, Paul Maged, with.guitarist John Polimeni, just handed the genre the defibrillator it needs to shock our collective rock and roll sensibilities back to life.

In the wild and wacky world of music, there are guitar players. There are singers. There are songwriters. If you could tackle any one of these talents with a unique passion and strong ability, you can find your own success. Paul Maged is like the Mike Trout of rock; a five-tool player. He can rock out. He can sing. He can write catchy fun songs. He possesses an otherworldly gift to create melodies that sneak deep into your subconscious and stay way longer than expected. And the dude’s lyric game in legit!

All this and more is on full display on Maged’s latest album, Culture War. Throughout its ten-song run time, Maged delivers the same level of brilliance and professionalism his fans have come to expect.The album’s title track kicks off the party and it’s fun, rambunctious vibe is only outmatched by the pulsing bass driving things along. Oh, and those sweet quick little Iron Maiden like lead guitar runs from Polimeni.

Maged proved previously on “PC Police” that he could not only write a catchy as hell song, but he could incorporate his biting sense of humor into his lyrics. When some musicians raid the social issue cookie jar for lyrical inspiration, a lot of times you find flaccid, cynical dredge that comes off preachy and pretentious. With Maged, there’s a mischievous smile that runs with his music. He’s not cynical. He’s honest. And in some ways, he’s taking the piss out of what is happening all around us. Look no further than the album’s standout track, “Lose Your Privilege.” Maged makes his point in a sea of rock n’ roll glory with a slight Jack Black-ness to his voice. As if you needed more reason to dig this song, there, now you have it!

“Jeanie is a Rockstar” takes a page out of the Ramones book with its title’s illusion to “Sheena is a Punk Rocker.” That’s good company! Between the intro bass and the flashy guitar work, the high energy track wonderfully straddles the line between arena-metal and pop-glory. The guitars. The chorus. The song has everything you need to rock out and more! The slow down at the end also more proof of the brilliance of Maged and Polimeni.

The album closer, “When Dreams Come True” should be playing on your local rock radio station. It’s folky, fun and inspirational. Most songs would be happy to have one hook; let alone the abundance “When Dreams Come True” has. The perfect track to close out the album, it does what every great album closer should do; leaves you wanting more. Culture War leaves you wanting more.

In this crazy year of 2020, Christmas may have come early with Culture War. Paul Maged’s talent knows no bound. He can rock as well as he can shred as well as he can possess you with a melody. A five-tool musician in an era where that skillset is worth its weight in gold, Paul Maged sits perfectly in that Foo Fighters, Weezer and Queens of the Stone Age neighborhood of rock.

You can check out Paul Maged’s Culture War, his fifth studio album on Spotify and can also check out his music videos on Youtube.