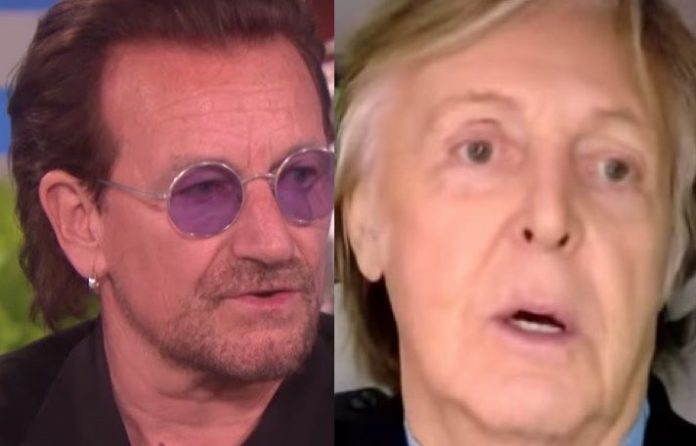 Recently, it was reported in The Daily Mail that English legend and co-founder of The Beatles is Britain and Ireland’s richest musician as ranked by The Sunday Times Music Rich List. McCartney’s net worth has increased by £45m more than the previous year. This can be attributed to the release of The Beatles: Get Back documentary and his ‘Got Back’ tour.

McCartney was influenced by U2 frontman Bono for his 2012 hit ‘My Valentine’ from the album ‘Kisses on the Bottom.’

In a recent article from The Telegraph, music critic Neil McCormick collected memories from some of the biggest names in music that have talked about meeting and working with McCartney. Among those, Bono said that McCartney is a more complex person than people think. They once met each other in U2’s dressing room before a show, where McCartney wanted to see what the band members were wearing. When McCartney saw that Bono was going to wear a Christian Dior jacket, he told them that he also had a similar jacket. But he had no problems with Bono wearing it, stating that he would wear it later.