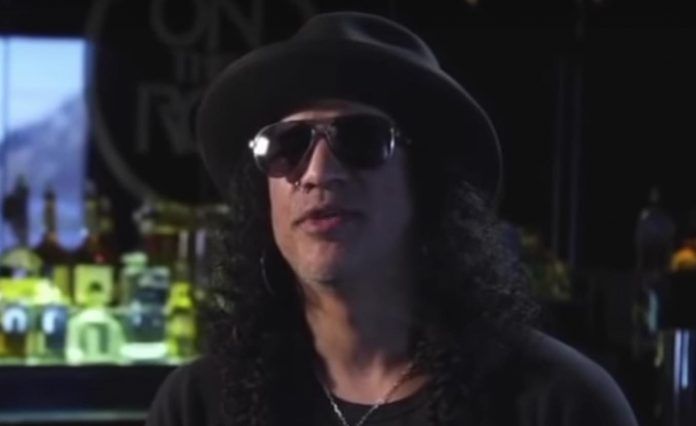 What are you listening to these days?

Hey Slash, as a fellow guitar player I’m a huge fan of your work. What made you originally decide to play a Les Paul and is it true that the Appetite guitar is not a real Gibson?

I think I was always attracted to Les Paul’s because I liked the way they looked originally. I liked the ways people who played Les Paul’s sounded. The first Les Paul I got my hands on was a copy. The longer I played I went through a bunch of different guitars through trial and error went back to Les Paul.

The Les Paul I used on Appetite for Destruction record and still use to this day in the studio is actually a handmade guitar by a guy – rest in peace – Chris Derrig, he used to make !959 Les Paul reissues or replicas. So that one he made in 1985 I think and it was given to me in 1986 or 1987. Gibson went on to make a replica of my replica. Gibson came out with a copy of a copy.