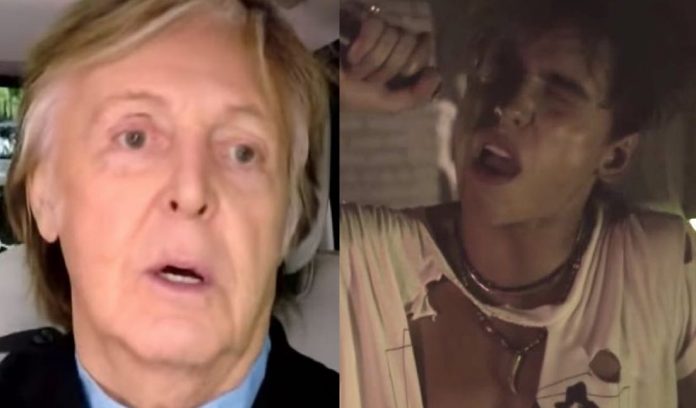 The Beatles icon Paul McCartney has an official tour blog on his website, and it referred to Greta Van Fleet as ‘Generation Z rock revivalists’ in a new post about a Madison concert. A massive payment Paul McCartney received from a surprising woman was also recently revealed. Below is the Madison tour blog:

Earlier in the week, Generation Z rock revivalists Greta Van Fleet were on stage at the nearby Breese Stevens Field headlining their own gig. But this night, they were reportedly fans at the Kohl Center receiving the master class in rock n roll’s potential as spiritual communion that was Paul McCartney’s first-ever show in Madison.

Indeed, a Paul McCartney show is always the consummate near-three-hour rock show, a perfectly paced journey through dozens of hits, deep cuts, and new tracks that stake their place in this cavalcade of musical history.

As such it’s a constant well of inspiration for anyone and everyone from the 2010’s classic rock freshman valedictorians to the regular “mix of ages, from kids with their parents to one veteran fan who claimed to have seen McCartney play 123 times,” said THE CAPITAL TIMES.

And cheers to that same CAPITAL TIMES for making a rare novel observation about our Paul:

“Icon, god, legend — the words seem inadequate to describe the impact McCartney has had on popular culture and the effect he has on a room. They’ve made recent movies about Elton John (Rocketman) and Queen (Bohemian Rhapsody), but McCartney’s presence is so large in the world that they’ve made a movie about what it would be like if he didn’t exist (Yesterday).”

As for the show, Madison ecstatically received yet another near-three-hours of sheer brilliance–with a NEW twist or two: ‘Save Us’ gets its first airing of this run in the second song position before Paul introduces a, erm, not as NEW third number, ‘Can’t Buy Me Love.’ This was a crowd that had waited decades for Paul to rock them with ‘I’ve Got a Feeling,’ ‘Helter Skelter’ and ‘Back in the USSR,’ to move them to tears with ‘Something,’ to soothe their souls with ‘Let It Be’ just prior to blowing back their hair with the concussive pyro of ‘Live and Let Die,’ to lead them through the na-na-na-na’s of ‘Hey Jude’…

As always, it’s impossible to describe the emotional electricity in the air as Paul promises to see his tens of thousands of new friends again sometime, so the words of the WISCONSIN STATE JOURNAL will have to suffice: “No glum faces were seen in the crowd at the end of the show.”