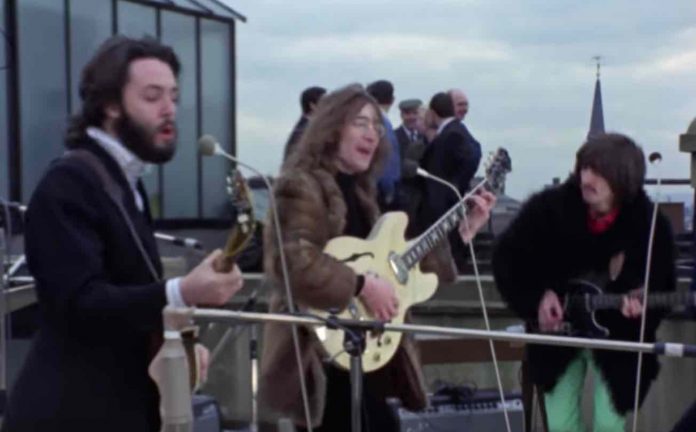 The Beatles icon Paul McCartney has revealed a rare photo of himself and John Lennon as they were going through an ‘ugly’ breakup, though on the surface despite the ugliness, they appear to be doing fine. The photo was taken by the late Linda McCartney. Howard Stern recently revealed an offensive John Lennon remark.

Paul told Irish Times, “This is me and John, in Abbey Road. It wasn’t too long before the break-up of The Beatles; this would be the end of our relationship, and, at the end, when the breakup happened, it was kind of sour – very difficult to deal with. The rumour started going around that John and I didn’t get on well, we were arch-rivals, that it was very heavy and ugly. The strange thing is you sometimes get to believe something, if it’s said enough times. So I used to think, Yeah, it’s a pity, you know, we didn’t get on that well.

“So this picture is a blessing for me. It’s, like, this is how we were: this is why we related, or else we couldn’t have collaborated for all that time. It sums up what our relationship was like the minute we were actually working on a song, and most of the time we were together, really. I’m just writing something out – possibly it’s a medley or something; it might be for Abbey Road – and it’s lovely, because John is very happily in on the process, and agreeing with me, and we’re laughing about something. Just seeing the joy between us here really helped me, because it reminds me that the idea we weren’t friends is rubbish. We were lifelong friends. Our relationship was superspecial.

“That applied to all the Beatles, even when we were pissed off with each other from time to time. People used to remind me: that’s families, that happens. Mates disagree. As soon as we started working on music, we gelled, we just enjoyed the noise we made together, we enjoyed playing with each other. We’d worked together for over 10,000 hours over the years, and that old spirit automatically kicked in. Any disputes were got over very quickly.”

McCartney recently discussed his relationship with McCartney on 60 Minutes.

Sharyn Alfonsi: Were you guys competitive, writing with each other? Or did you complement each other?

Paul McCartney: Me and John? Yeah, we were competitive, yeah. Not openly, but we– we later admitted, “Yeah, you know, so Paul’s written a good one there, I better get going.” And I would similarly– “Hmm, that’s a bit good, right, here we go, come on.” If he’d have written “Strawberry Fields,” I would write “Penny Lane.” You know, and it’s– he’s remembering his old area in Liverpool, so I’ll remember mine.

Sharyn Alfonsi: And when that happened, did you compliment each other?

Sharyn Alfonsi: In how many years? (LAUGH)

Paul McCartney: It was only once, the whole time. No, I think it was “Revolver,” but it was “Here, There and Everywhere” was– was one of my songs on it.

Paul McCartney: And– but John says, just when it finishes, “That’s a really good song, lad. I love that song.” I was like, “Yes, he likes it.” You know, and I– I’ve remembered it to this day. It’s pathetic, really. 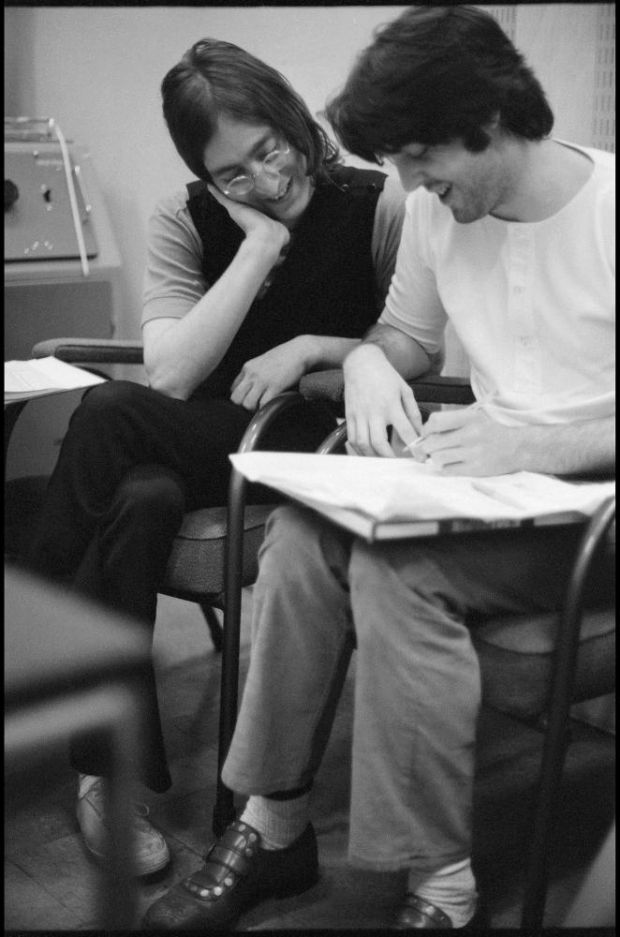