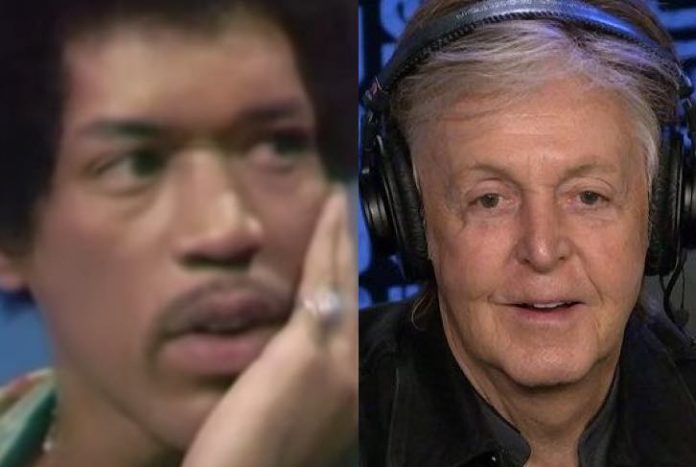 The Spokane Arena hosted Paul McCartney’s “Got Back” 2022 tour this week. There was no “Back In The USSR” in the setlist, however. McCartney didn’t play the song because he opposes the invasion of Ukraine by Russia. Due to the war, McCartney has omitted the mandatory number from his repertoire. In fact, he waved a Ukrainian flag during his performance.

For the song “Let Me Roll It,” McCartney opted to play the guitar instead of the bass. The song featured a snippet of “Foxy Lady” by Jimi Hendrix.

Following this, McCartney recounted the story of Hendrix covering “Sgt. Pepper’s Lonely Hearts Club Band” and the late guitarist asking Eric Clapton to tune his guitar during a 1967 London show.

Also during the show, McCartney and John Lennon Lennon performed a duet of “I’ve Got A Feeling”. In spite of McCartney and John Lennon not singing together in over 50 years, the duet was made possible by director Peter Jackson, who used 60 hours of never-before-seen footage to make a three-part documentary series “Get Back.” It is the last footage the band ever recorded together. It was originally recorded as part of the Let It Be album in 1970.

In addition to Lennon’s vocal track, Jackson separated their performance footage so they could only hear Lennon. As a result, McCartney was able to sing to it live, accompanied by a video montage of Lennon’s performance on the screen behind him.