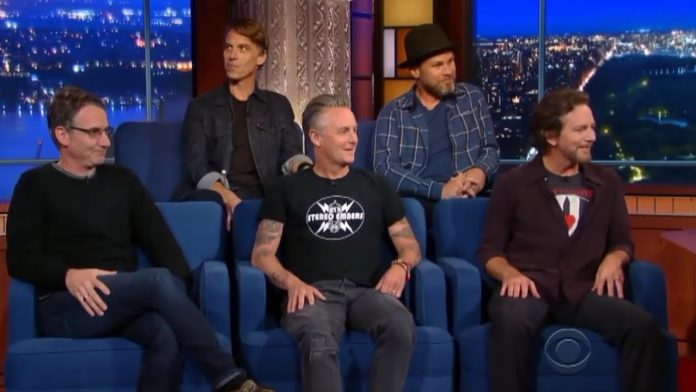 Bourbon & Beyond announced their 2022 lineup and it is without question, stacked, to say the least. The festival will take place in Louisville, Kentucky at the Highland Festival Grounds at Kentucky Expo Center and is scheduled to take place from September 15th to 18th. Its packed lineup includes scheduled performances from the likes of Pearl Jam, Greta Van Fleet, Jack White, Alanis Morrissette, The Doobie Brothers, Kings of Leon, and many more. The full lineup can be seen below. These Pearl Jam ‘sell out’ ticket prices were recently revealed.

Pearl Jam is currently gearing up to embark on a major 2022 North American tour. The tour is scheduled to begin on May 3rd in San Diego, California, and conclude on September 22nd in Denver, Colorado. The band will also have a European leg that will start on June 18th at the Pinkpop Festival in Landgraaf, Netherlands, and conclude on July 25th in Amsterdam, Netherlands.

During a recent interview with the Seattle Times, Pearl Jam bandmate Mike McCready was asked about how Pearl Jam was affected creatively once the virus that caused the worldwide pandemic hit and caused tour plans after “Gigaton” to be put on hold. Credit to the outlet for the following remarks.

For me, it’s been a great experience. It’s not that I don’t want to tour or anything like that. But I taught myself to do GarageBand and I’ve been taking singing lessons, and I’m working on a solo thing right now. I’m working on a song I wrote about Chris Cornell. I made that song finally dealing with his passing and I’m working on a little project that I’m going to do in Seattle someday. It’s going to have my story and the people that I knew who came up through the ’90s. I’m not sure what it is yet, but the first thing I’m going to do is this song that I wrote about Chris. So, I’ve been working on a lot of solo stuff and also working with this director named Thom Zimny on a Beach Boys documentary.