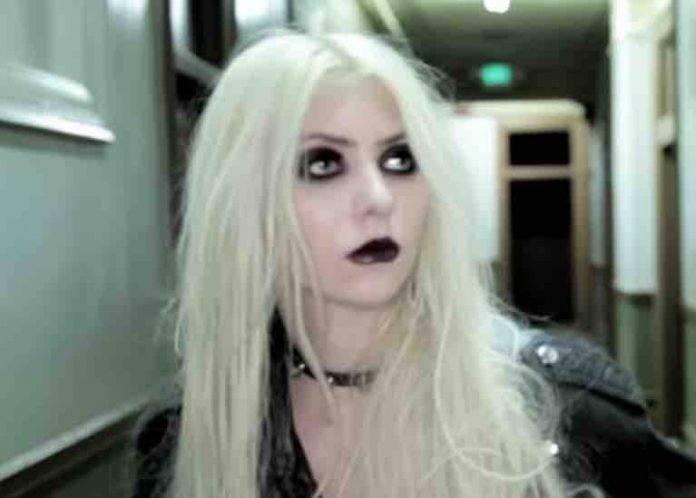 Prior to a tour date in Fargo, North Dakota the ever so spooky rock queen Taylor Momsen took to social media via Instagram to showcase a photo of her lounging around with her in the bedroom with a couple of her best girlfriends. Taylor looks as stunning as ever as she can be seen wearing her best workout hoodie and with her an impeccable makeup game that is absolutely on-point. The photo can be seen below.

Taylor Momsen was spotted with this 90s icon. Speaking with E! News at the 2022 iHeartRadio Music Awards, which was Momsen’s first red carpet in a half-decade, she would touch on whether or not she would ever go back to any acting roles. Momsen’s most known acting role was as Jenny Humphrey on the hit teen drama, Gossip Girl, however, it’s been around a decade since she’s played that particular character.

Momsen stated the following to the outlet: “I never say never anymore, especially now with all the curveballs the world is throwing everyone. But no immediate plans.”

She continued: “I’m just looking forward to getting back on the stage and doing what I love in front of people. “It is very weird to put out an album and do tons of press and all that and acoustic performances from home and virtual things. Now I get to play in front of an audience and we’re just so excited to finally be able to do that again.”

Momsen would then conclude by talking about how she has nothing but support and love for her adoring fans: “We look back and we’ve been a band now for over a decade. And that doesn’t even include my previous childhood things. Our fans are so loyal and so devoted and it’s so incredible to see that. When I go away to write a record, I’m very reclusive and I turn off the outside world entirely. And so like today, right now, I’m stepping back into it…and to see the support and it’s just unwavering and undying and right they’re just ready to jump back in the ring with you is such an incredible thing.”