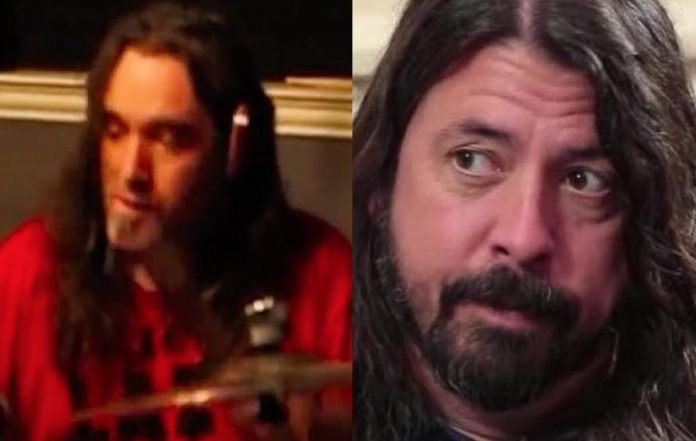 The fan asked, “Dave – Curious if you could compare/contrast your style to Dave Grohl and Taylor Hawkins? Dave’s drums are generally explosive and easy to recognize in the same way yours were with Pearl Jam. Listen to “My God is the Sun” by Queens of the Stone Age, for instance, you immediately know it’s a Dave Grohl song. Listening to Vs… it’s obviously Dave Abbruzzese. As a fan of all of the above, I’m naturally curious. (And no shade intended to Jon Theodore or Matt Cameron or any of the other Pearl Jam drummers, of course!)”

Abbruzzese responded, “Two monsters of rock and roll rhythms… And vibe. I think the biggest overall difference in our styles is due to the roll our drums play in the music. The 3 of us have the same influences and need to be drummers. Born with no choice but to do what we do. The three of us could easily take one anothers seats and enjoy playing each others creations…”

Dave Abbruzzese toured Ten and played on Vs. and Vitalogy before being fired by Pearl Jam in 1994. He was snubbed from the band’s Rock and Roll Hall of Fame inducted lineup, and did not attend the ceremony.