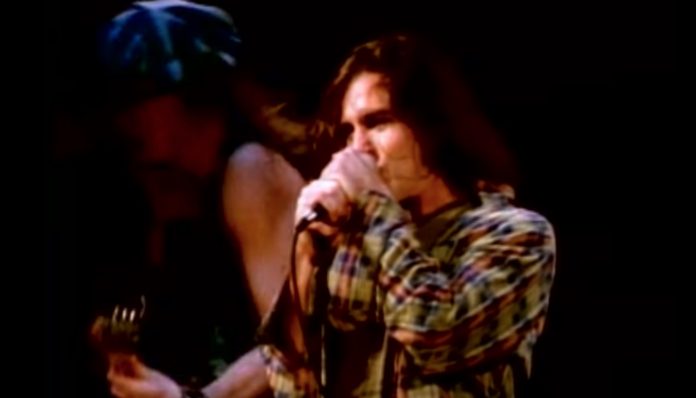 Eddie Vedder pointed out that original Pearl Jam drummer Dave Krusen was at the band’s first show in Los Angeles at the Forum last night. He mentioned Krusen before playing “Even Flow” off Ten, saying they would play a song off the ‘first record.’

ForceofNature 101 posted, “Great show! Very energetic and the band were in great spirits. Eddie’s voice was super strong throughout – I am guessing part of the shorter set idea is to make sure he can keep it “on” for the whole show. That being said the show felt full and I didn’t even know it was a shorter set until I saw it listed online!

The new songs were great and I thought they all translated well live, Never Destination was probably my favorite tonight of the Gigaton bunch

This was my first “Of the Girl” set opener as well – super cool!”

Luckytwn1 wrote, “It was a great night at the Fabulous Forum. I thought it was a better show than SD. The building was full of energy, moving up Small Town to the second slot really got the crowd into it. Performances were very tight and the setlist was a nice mix. The new songs continue to sound great, though I thought Buckle Up got lost in a building that big. Surprising that Seven O’Clock was dropped. Fantastic version of Black in the encores. The show was fully over after Alive, the band took their bows and were getting ready to leave the stage before Ed called them back for YL.

It does appear that there is a new normal in terms of the number of songs being in the low 20s. It works well and it will probably help Ed as the tour goes on, though it is quite different from the shows even as recent as 2018 and it seems pretty clear that most of the show will be devoted to Gigaton and cycling through fan faves.”