A fan named Lyn has posted beautiful photos on Facebook of Chris Cornell’s widow Vicky visiting his grave at the Hollywood Forever Cemetery. She wrote, “I was visiting Chris with my daughter, and Vicky was too.”

Vicky Cornell has frequently communicated with fans dealing with hardships since her husband’s death to help them through their struggles. She has also bravely dealt with being bullied online, and helped fans dealing with the same issues. She has also become an advocate for raising awareness for the opioid epidemic and in defending abused children.

Vicky was recently appointed to The New York Society for the Prevention of Cruelty to Children’s (NYSPCC) Children Council.

“I am excited to join The NYSPCC to support its extraordinary work positively impacting the lives of vulnerable children nationwide,” said Vicky Cornell in a statement. “Chris and I always shared a strong belief in helping children, and the mission of The NYSPCC is perfectly aligned with our foundation’s mission.”

Vicky joined the Advisory Board at the Addiction Policy Forum in February. As a member of the Advisory Board, Vicky is joining former Drug Czar General Barry McCaffrey and former Members of Congress Alan Mollohan and Frank Guinta.

“I’ve learned a lot since losing Chris, including the fact that addiction is a brain disease – a disease that is both preventable and treatable,” says Vicky Cornell. “While I can’t bring my husband back, I can help the millions of other families struggling with addiction and I hope we can prevent this horrific experience from happening to others.” 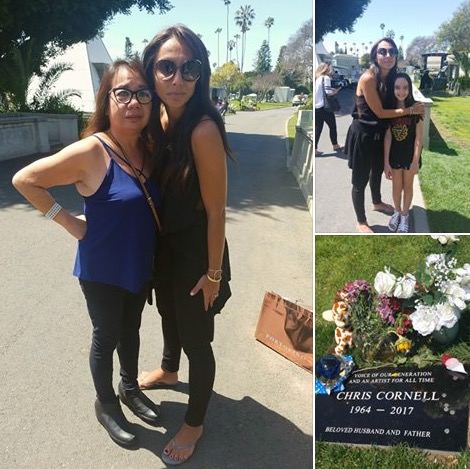