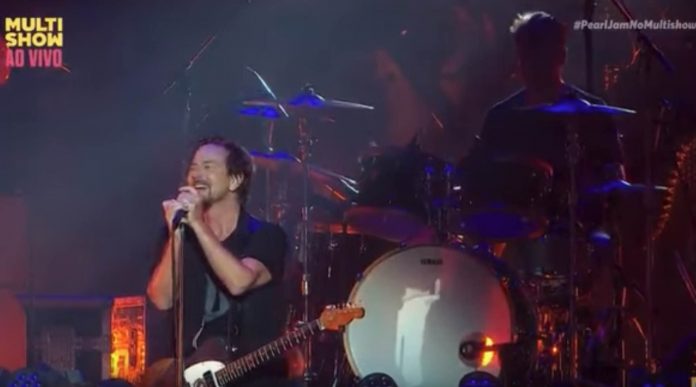 What about your Sunburst Les Paul? Let’s get a little story on that. That seemed to be your main ride for years, right?

“Yeah, I think I broke that down in Australia. I was having a consistently bad… I finally got wireless so I wouldn’t get tangled up in my cords, which I’m now not using anymore, but my wireless pack had gone out for the third show in a row, and I think I just finally smashed the guitar.

“Mike McCready smashed the guitars all the time, he was like, ‘Man, you’ll smash a guitar…’ I never smashed them, I don’t have any tattoos either, but I did smash one and that was one that went. I would like to have that one back…”

“Something like that. I’m not a crazy guitar freak, I have some good ones but some of them are just these Gibson reissues that are just great. They play great.”

Mike McCready has got some insane ones!

“Oh my god, Mike McCready’s model reissue is one of my favorite guitars.”

I want that Strat so bad, a ’60 Strat! I love McCready because the two of you guys are just so underrated, it makes me angry sometimes.

It is better because you can walk down the street, I get it.

“Or just Mike McCready is a good player. I’m a decent player but there are so many good guitar players out there it’s crazy.

“If you look at YouTube, you can see freaking eight-year-old kids playing the shit out of freaking Beethoven and stuff like that. That’s not what we do.” Ultimate-Guitar transcribed his remarks.