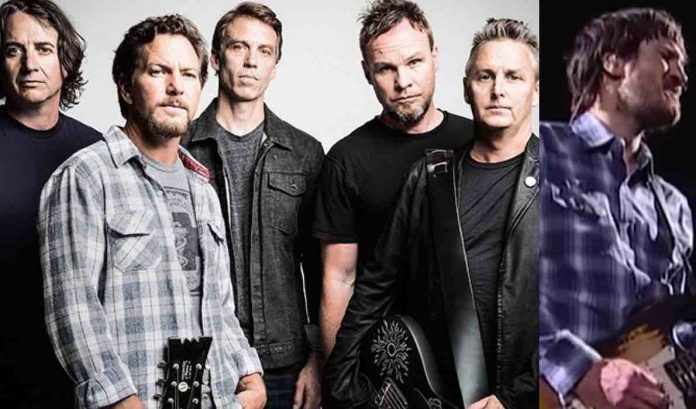 “Back then, it still was like, for me it was, discovering hip hop was probably the most important thing for me personally back then. N.W.A. and Public Enemy, that was what I was listening to and excited about. But still thinking about Jane’s Addiction, still thinking about the Red Hot Chili Peppers, and sort of how heavy their grooves were, and John Frusciante’s guitar playing, and guitar tone that we had just watched for a whole tour cycle.

Those things were still kind of hovering in the back of my mind, in terms of what’s possible. But I was really proud of this record because I think the dynamic between really heavy and this sort of folk thing reminded me of like Led Zeppelin and sort of the Beatles and the Stones, sort of high watermarks for music that I’ve listened to in my life, it’s probably kind of silly to talk about anything else.”

Pearl Jam, Red Hot Chili Peppers, and The Smashing Pumpkins toured together in 1991. You can listen to Stone Gossard discussing Frusciante, Jane’s Addiction, and more below via SiriusXM.