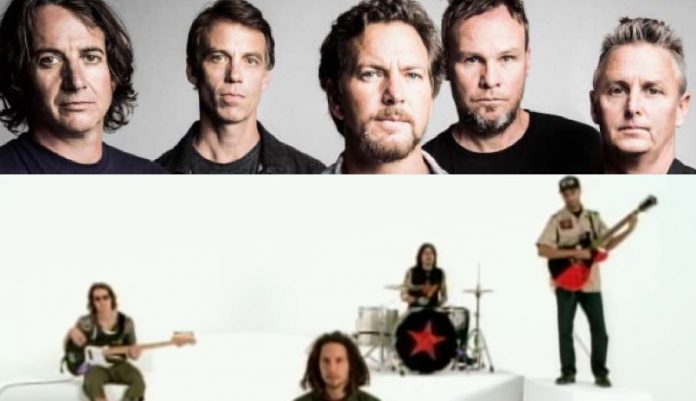 “Another first ballot snub, our cohorts from Los Angeles, Rage Against The Machine. Of course we have a lot of history with those guys, Brad was in a band with Ed years ago. We jammed with Brad a little bit when we were mixing our first record. We’ve been friends with those guys all the way through. Timmy and I are super tight bass bros.

He is one of the few guys kind of from my era, we do tech talk when we get together, it’s super fun. He loves bass, maybe even more than I do. One of the heaviest shows that I ever saw was around 1995, the crowd was part of the band, jumping the whole show, and so dynamic and original.”

Tom Morello is on the Rock and Roll Hall of Fame committee, making this snub even harder to believe. Morello inducted KISS and The Clash into the Hall of Fame, and was a huge proponent of KISS getting in. Zack de la Rocha inducted Patti Smith in 2007.