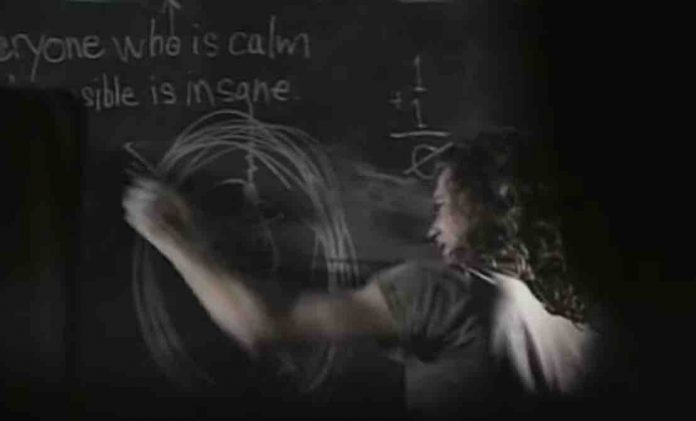 A Pearl Jam behind the scenes of “Jeremy” video has surfaced on YouTube. There is footage from the shooting of the video, and an Eddie Vedder and Stone Gossard interview. Alternative Nation transcribed Vedder’s comments about the song.

“There was this small article in the paper about a kid, and something he did in his English class. In America, there is probably a kid killing himself as we speak. Probably every 30 seconds I think, there is a kid who kills himself for a good reason, and probably only reasons that he would know.

I didn’t know the reason, but I thought I would write a song about something I did know about, and that was kind of from personal experience or something.”

“That’s been one of the surprising things, how many interpretations there’s been to each song. Art is definitely something you interpret in different ways. That’s probably the beauty of it.”

“All I really remember about writing it is it was 4 in the morning.”

“We saw some sort by the guy named Mark Pellington, this big guy, who is directing it. The other videos were just live, we didn’t like the idea of doing anything as a concept, again, because that would rob people of their own interpretations.

But this one gentleman, his sensibilities and his ideas and techniques, it seems like you’d be able to get a lot of information across, in an interesting style that is subtle yet hard hitting at the same time.”