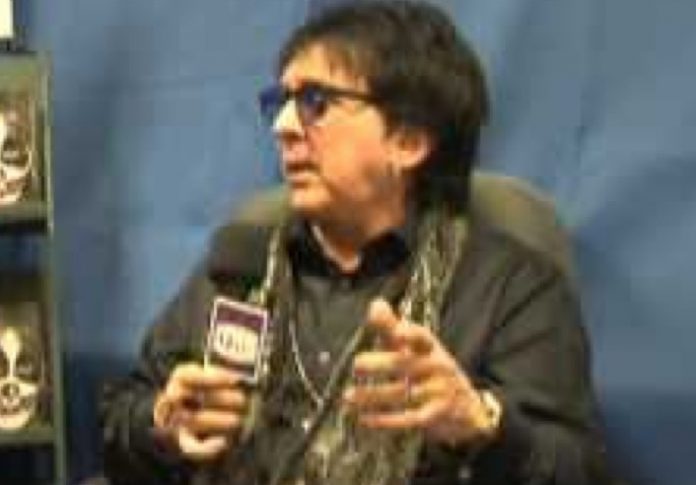 Former KISS member Peter Criss took the time to promote this Eric Carr commemorative coin that was recently released. drummer for KISS from 1980 to 1991. Carr was selected as the new KISS drummer after Peter Criss departed and took up The Fox persona. He remained a member of the band until his death from heart cancer on November 24, 1991, at the age of 41. KISS revealed this ‘Painful’ Ace Frehley & Peter Criss photo last week.

Criss stated: “I’d like to help promote Eric Carr’s coin and the designer, Ralph Asbury, to all the fans. Eric Carr was a sweetheart of a man and a great drummer. He would call me often in his years with KISS for guidance and he was so respectful. I really liked him and felt for him. He always gave his best!”

If you are interested in picking up one of these collectors coins for yourself, you can do so HERE.

The topic of the collector coins was brought up on the KISS fan forum – KISSfaq.com and one forum member Conventry1973 wanted to clear the air regarding a particular rumor when they responded: “[I] just did a bit of research on this and I think the part of Peter pulling a gun on Pantera (Eric girlfriend) is total bullshit. This is from a KISSFAQ question from a few years ago, and that person also emailed Loretta (Eric’s’ sister) and here is her reply about that rumor. She’s mentioned in the Aug 18, 1980, People magazine issue as part of Eric’s paragraph about him being the newest member of the band, but unfortunately, she is not named – only that she was his girlfriend of four years and in a New Wave band in NJ or NY.”

This KISS member alleged email about cocaine leaked earlier this year. The user continued: ” Also, I have no idea why that rumor from Gordon Gerbert’s Kiss and Tell book where Peter chased her around with a gun at his daughter’s Christening where Eric and his girlfriend had been invited, is perpetuated on this forum when I’ve made it clear, a few times, that Loretta Caravello [ Eric Carr’s sister ] was very kind to answer an email I sent her about it a few years ago. She said it was just a “silly rumor” and that they were “very good friends”.

The user finished things off by saying: “If it was true, she would have said so, and would also not have such nice things to say about Peter: Just a short note to the fans: First, my family and I would like to thank all of you who have supported Eric throughout his years with KISS, and still continue to keep his memory alive. A special thank you to Peter and GiGi, who made me feel welcome! Thanks for taking the time to honor my brother. My brother always thought Peter was a class act!”