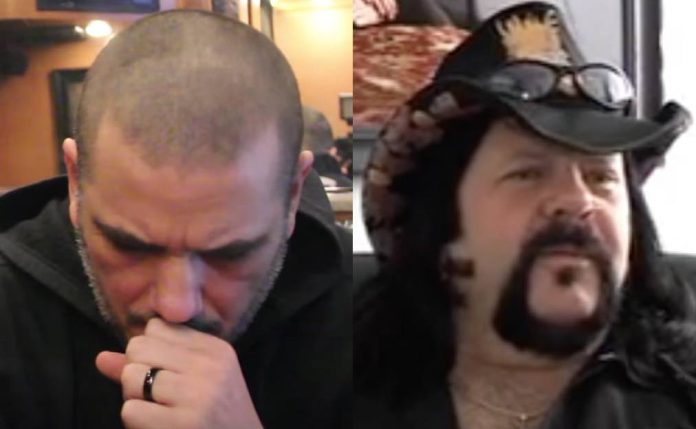 Phi Anselmo dedicated a cover of the Pantera classic “Slaughtered” to Vinnie Paul Abbott during Thursday night’s Scour show at the Baltimore Soundstage in Baltimore, Maryland. Anselmo stated onstage, “This is one for Vince,” before launching into the song from Pantera’s 1994 album Far Beyond Driven.

Anselmo made brief remarks at the public memorial for his former bandmate, drummer Vinnie Paul Abbott, via video. It marked the first time Anselmo publicly commented on Vinnie Paul’s death. The memorial took place at Bomb Factory in Dallas, Texas, included emotional tributes from a number of Abbott’s fellow musicians, some of whom appeared in person while others were via video like Anselmo.

Anselmo’s tribute was a few seconds long and saw him speaking in his trademark deep voice. “Vince, always have love in my heart for you, man,” he said. “Rest in peace.”

Vinnie Paul and his brother “Dimebag” Darrell Abbott co-founded Pantera. When Pantera broke up in 2003, they formed Damageplan. On December 8, 2004, while performing with Damageplan at the Alrosa Villa in Columbus, Ohio, Dimebag was shot and killed onstage by a troubled schizophrenic who believed that the members of Pantera were stealing his thoughts.

Up until his death, Vinnie remained on non-speaking terms with Anselmo over tensions from Vinnie in part blaming Anselmo for Dimebag’s death due to the heated nature of press interview quotes due to their feud at the times.