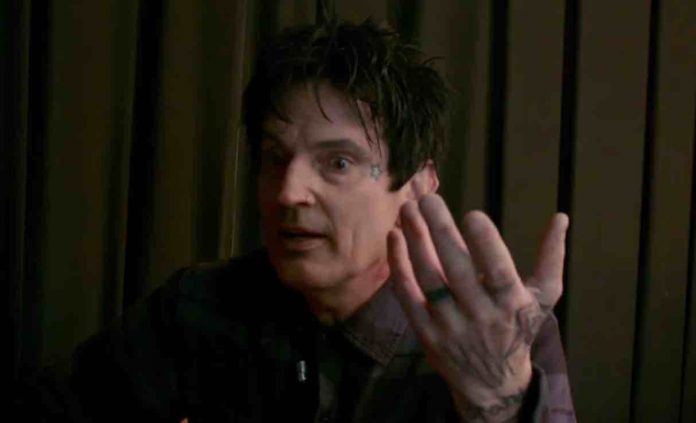 Poison drummer Rikki Rockett recently talked about Motley Crue member Tommy Lee, who has met with “a lot of heat” for performing only a handful of songs on each night of “The Stadium Tour” featuring Mötley Crüe, Def Leppard, Poison, and Joan Jett.

Mötley Crüe made a massive comeback to high-profile touring with “The Stadium Tour” but the kickoff show saw Tommy Lee leave the drum kit after playing five songs. The drummer went on to address Atlanta’s Truist Park audience, explaining that he had previously broken four ribs, but still decided to power through as much of the night as he could. Tommy Lee said:

During a recent interview on SiriusXM’s “Trunk Nation With Eddie Trunk”, the Poison drummer Rikki Rockett said how he was just as baffled by Tommy Lee’s announcement as the audience must have been:

“I didn’t know anything about it. I swear I didn’t. I went out and he wasn’t playing. And I’m, like, ‘What the heck is going on, guys?’ So I went back and got the lowdown.”

Rockett went on to address some of the fan criticism leveled against the Mötley Crüe drummer for not being able to perform an entire set’s worth of songs:

“He’s taking a lot of heat, and I don’t think he should. Because I think what’s cool about what he’s doing is he’s coming out there and he’s going, ‘This is painful to do it, but I want the audience to know that I’m here. I’m here for the duration. I’m not wussing out on this.’ Instead of running home and sitting six weeks out while he recovers, he’s [out on the road and] he’s part of the team. I think that’s badass.”