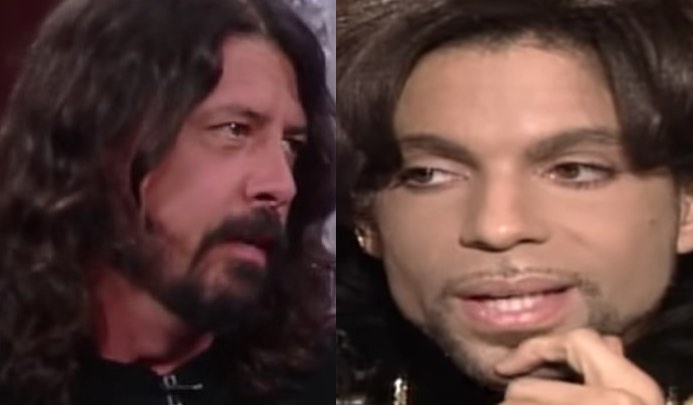 Foo Fighters sent a request to Prince in 2003, asking to release their cover of his song “Darling Nikki” in the US. His song was featured on the band’s single “Have It All” which was released in September 2003. The song was also featured in the band’s set.

Prince wrote “Darling Nikki” for his film Purple Rain in 1984. As for the request, he denied it. He told Entertainment Weekly, “No! I don’t like anyone covering my work. Write your own tunes!”

Now, this is disputed by Prince’s former assistant Ruth Violette Arzate has published an essay, which reveals the singer opposing this view. Arzate wrote that Prince’s quote doesn’t accurately represent how he really felt about the topic.

Arzate wrote that the statement was taken out of context. Prince told her that the band embodied the song in the way it was meant to be played. Prince even said that Foo Fighters are so good they could do a whole album of his rock songs.

In 2007, Prince performed Foo Fighters’ “Best Of You” during his iconic Super Bowl Half Time performance. The band members had no idea why Prince chose their song, they thought the late singer did it in retaliation.

Prince then let Foo Fighters play “Darling Nikki” at MTV VMAs. He agreed to the music-licensing request at the last minute, too.

Arzate reports that Prince thought Foo Fighters did a good job and he liked the way Dave Grohl kept the integrity of the song in his performance.

Prince also complimented Foo Fighters a year later, saying that he admires excellence and he thinks the band is excellent. “They were raw and edgy in their playing. I bet they rehearse a lot. You don’t sound like that unless you’ve rehearsed till the dirt falls off and the shine comes through”.