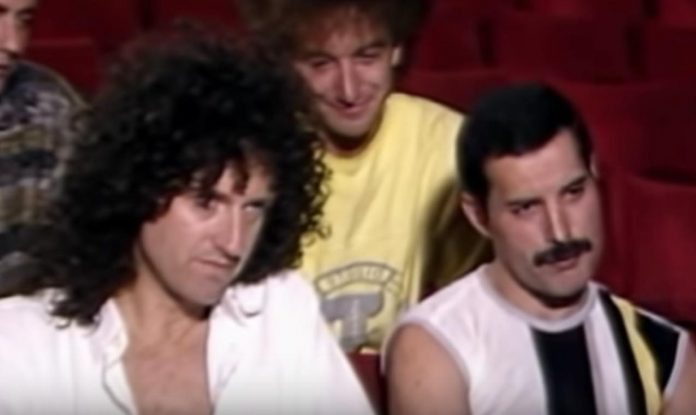 Queen recently aired a new ABC television special on how they came to find Adam Lambert to replace Freddie Mercury, and they discussed why Paul Rodgers exited as Queen’s frontman.

Brian May said, “Even though we were proud of what we had done, we didn’t want to go out there and be Queen again without Freddie. And it happened almost by accident, at an awards show I played with Paul Rodgers, who’s a hero of ours.

“I remember coming offstage and Paul’s lady said, ‘Oh, you guys really seem to have a great chemistry, all you need is a drummer.’ And I went, ‘Well, I think I know a drummer.’ We ended up going all around the world a couple of times with Paul.”

Roger Taylor said about ending the partnership, “He was his own man. He belonged in the blues-soul field, at which there were no better. Our stuff is a little too eclectic probably, so I think that’s why that came to an end.”

Adam Lambert recently told Hunger that he likely won’t record an album with Queen, since Queen was Freddie Mercury. Queen did record with Paul Rodgers.

“We’re trying new visual component and trying to re-contextualise these songs, with new lights and scenery. We had a great time creating it together. People always ask if we want to record together and I’m not sure it makes total sense because it wouldn’t really be Queen because to me Queen is Freddie.

My favourite thing is collaborating and putting these concerts together and creating on stage – it’s super fulfilling and exiting. To present these ideas to these two gentlemen – especially when they like the idea!”