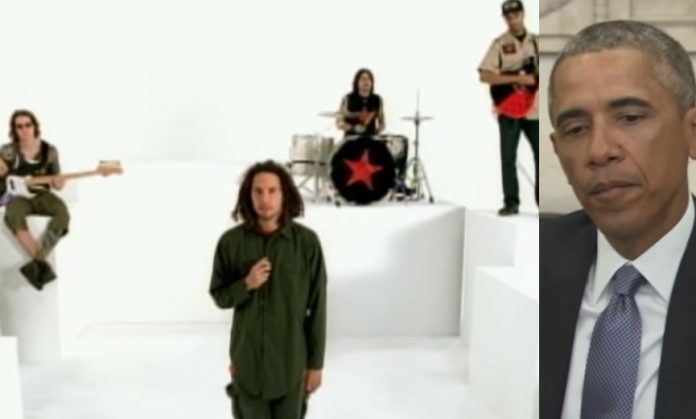 Former Rage Against The Machine/Audioslave guitarist Tom Morello unloaded on former President Barack Obama and his administration in a new tweet.

Morello also criticized Obama in a 2012 Rolling Stone interview, admitting to ‘drinking the kool aid’ for the 44th President during the 2008 election.

He told TMZ in 2013, “Today I got an email, I’ve been getting constant emails, from Obama’s campaign or whatever asking me for money, after they’ve been spying on me, and their drones have been killing civilians. So I decided I’m going to take whatever amount of money I might have donated, which would have been not that much, but I’m going to donate it to whatever airplane flight is going to get [Edward] Snowden to Ecuador.”

He added in the 2013 TMZ interview, “The last administration was horrible, this one turned out to be horrible too.”