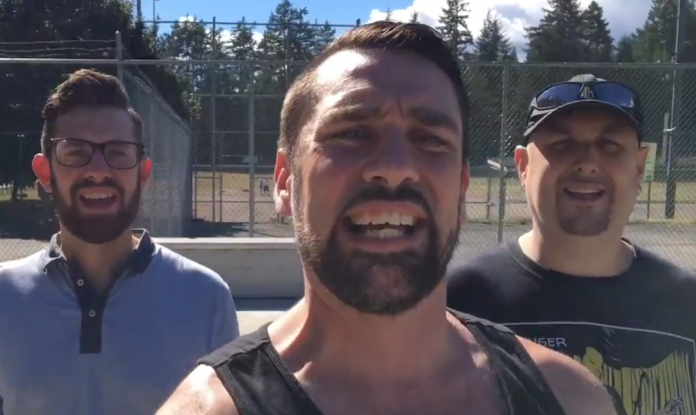 Effortlessly marrying rich pop-punk harmonies, rage-fueled hip-hop influences and a steady dose of kick ass rock, SixTwoSeven wildly debut two new tracks so good, you’ll be chomping at the bit to get some more of the good stuff they’re offering up. “New Solutions” and “A Winter in Palmyra” breathe new life into a sorely stale original rock scene. Fans of Rage Against the Machine, 311 and Blink 182- this is the band for you!

The double-vocal attack of “New Solutions” hearkens back to the late 90’s when 311 combined fresh, melody-driven vocals and solid rap assaults. Except SixTwoSeven crank it all to eleven. The aggressive rapping sits upon a perfectly laid out musical bed full of manic drumming, swirling piano line and straight-up fierce guitars. SixTwoSeven operate with a confidence and poise rarely seen in rock music today.

Repeated listens are necessary for “New Solutions”. The first time around, maybe its the solid chorus. The second time, maybe the piano lines that weave in and out throughout stand out. The third time around- it’s the insane guitar solo! The solo makes great use of Whammy Pedals all while maintaining a nice balance between straight up rock guitar and outside the box wizardry.

On “A Winter in Palmyra”, SixTwoSeven take some risks with some synth lines and soundscapes. Instead of distracting from the song though, these additions take a solid vocal melody and catchy rhythm and only elevate them. The song’s lyrics paint a picture of integrity- or perhaps the lack thereof. “A Winter in Palmyra” connects on all fronts from start to finish.

The Seattle, Washington rockers certainly have laid out a solid foundation. One full of promise and potential. SixTwoSeven provide a take on music all too absent in 2018. And while that certainly does make them appealing, it’s their monster musicianship and feverishly unique ability to rock that truly set them apart. Check out SixTwoSeven!