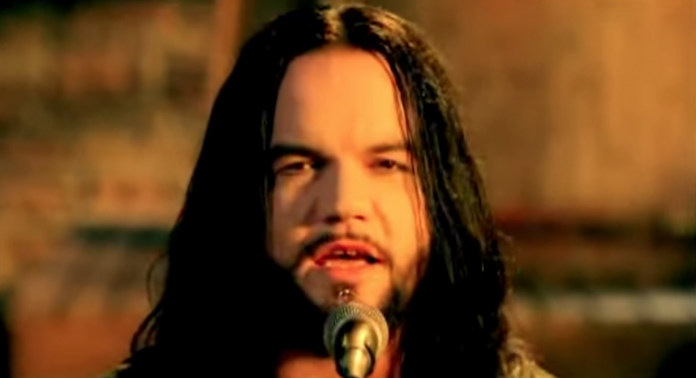 What is the real reason Josey Scott left Saliva? The common opinion is that he left the band to pursue a career in christian music. That wasn’t the case. Josey explains on the DOMKcast “That was the press release that they wanted to go with. That never was true. I am a Christian but I never wanted to pursue a christian career.”  Life is taking on a new look for the former lead singer of Saliva. Now living in a small town in Northeastern Oklahoma where he is raising a family with his wife Kendra. Josey’s fans still encourage him to come back to Saliva on social media but he is intent on leaving that part of his life behind. He attempted to take his family on the road with him in 2007 and in his words “failed miserably”.

Touring Life with Saliva in the 2000’s

Hear touring stories from his years of being on the road with Saliva. What does he miss the most? In Josey’s words “I miss 5,10,15 thousand fans cheering for me and singing at the top of their lungs.” Hear about his adventurous “acting” roles that he took on. Josey responds to doing more acting “I got involved in some things as a rockstar that made my eyes bigger than my stomach”. If he got a chance to do it all over again, would he do anything different? Hear Josey’s response to that question.

Working with some big names in the business like Jay-Z who requested his vocals on one of his songs. Josey describes his reservations in terms of bashing another rapper. He tells the story of his recording session which was produced by Kanye West and his nervousness in that situation.

Is it tougher for bands to make an honest living in this day and age? Josey breaks down his opinion of the new record contracts that are being offered to bands and how they make money. Hear about the struggles of bands today specifically finding sources of income. Will Josey Scott eventually return to the music business? Find out what he’s up to these days and what he plans to do in the future on the DOMKcast. New episodes available every Friday afternoon at 2pm on the iHeartRadio App. Check out DOMK Friday nights at 11pm on 97.5 KMOD which you can hear on the iHeartRadio App as well. #DOMKRocks

Listen to “DOMKcast with Josey Scott of Saliva” on Spreaker.

Find more episodes of the DOMKcast by clicking on the link below.