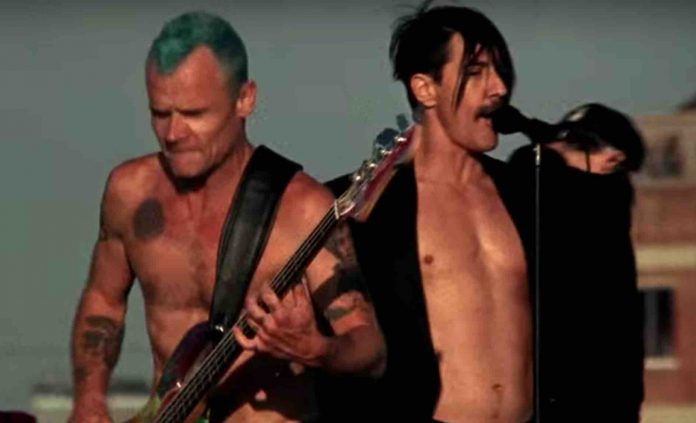 Red Hot Chili Peppers bassist Flea confirmed why the band had to go through the ‘very painful’ process of firing guitarist Josh Klinghoffer last year in a new SoCal in 17 podcast interview. RHCP just dealt with the death of another bandmate by posting an emotional photo. Alternative Nation transcribed Flea’s comments, please credit us if you use our transcription.

“In my band we had a big change, John Frusciante, who left and this is his third round in the Chili Peppers, he has quit twice. He came back to our band, and it was very painful to part ways with Josh Klinghoffer, who was the guitar player in our band for the last 10 years.

Because he is a good friend, and a great musician, and a supportive, awesome, loving, intelligent person. Sometimes you just have certain connections with people when you make art, I’m sure you’ve done artistic collaborations, where sometimes someone can be the best person in the world, but it doesn’t mean you have a mutual language when it comes to the creative process.

With John, we really have a profound language that is easy, and organic, and natural, and doesn’t need to be discussed, it just is there.”

Red Hot Chili Peppers were set to play festivals this year with John Frusciante, but their only performance ended up being a private memorial performance in February with Jane’s Addiction at a memorial show without Chad Smith, who was at an art event in Florida. Red Hot Chili Peppers are currently recording a new album, and they’re set to play with Pearl Jam live in 2021.