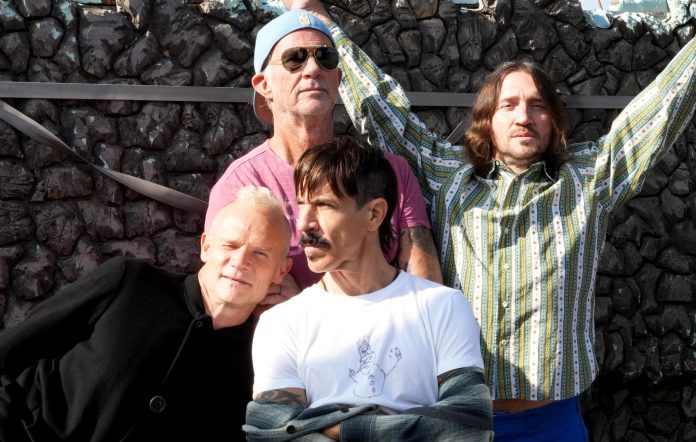 Red Hot Chili Peppers frontman Anthony Kiedis recently discussed his long battle with drug abuse and addiction. He also talked about his road to sobriety in a new interview with podcaster Joe Rogan.

Anthony Kiedis opens up on the matter

During the conversation, Kiedis admitted that, for him, part of the initial appeal of taking heroin and cocaine, was the fact that there was an element of danger and risk involved.

The singer now looks back to the time when he started smoking weed as a young teenager and it felt “subversive” and “very outlaw.” He said “years went by and there was no problem… and then I started introducing narcotics… it was interesting and it was exciting, but it was also painful as hell. In the end, this is a life of suffering.”

“It had nothing to do with rock n’ roll,” Kiedis stresses. “It was exciting and dangerous, like, Hmmm, everyone is afraid of that, I think I’ll do that thing that just the word scares people. But it was also a way of checking out… I felt whole by putting these things in me, until I had to pay the toll.”

“It was finding the thing that I thought was going to make me well… but reality it was just killing me.”

“My best friend [RHCP guitarist Hillel Slovak] died, which did not instigate sobriety, but it definitely destroyed me, emotionally,” he said. “But I continued to use after he died. And then I got to the point where I could not turn off the noise with drugs and alcohol… I was putting all this poison in me and I was still here.”

The singer then recalled checking into rehab, where there were “30 dope fiends in the room.”

“And the counsellor said, I’m looking at 30 of you, and stats-wise, one of you is gonna get sober outta here. And I was like, Get out the way, cos I’m getting that spot. I was such an egomaniac, like, I’m taking that, please, the rest of you can go back to where you came from.”

Watch the segment with Joe Rogan below: