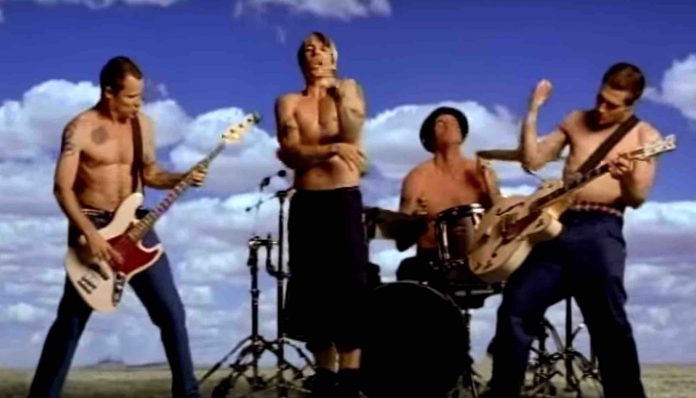 Red Hot Chili Peppers guitarist John Frusciante discussed return to the band in a new Double J Radio interview. Alternative Nation transcribed his comments, where he revealed RHCP were forced to go on hiatus for a few months from working on their new album due to the pandemic. Frusciante discussed the role Nine Inch Nails played in his RHCP exit yesterday.

He said regarding bandmates Anthony Kiedis, Flea, and Chad Smith, that they are as high quality people as you could hope to play with in a band.

“As far as rock musicians go, those guys really know how to keep their feet on the ground, and their heads level. I’m very lucky that those are the people I ended up having a good connection with. As far as playing guitar, there’s nobody I’d really want to be doing it with other than the band. Luckily, the chemistry is still there, and we still enjoy each other’s company as human beings.”

He also said, “It’s just returning to family. I’m extremely comfortable with those people. It was as if no time had gone by at all when we started playing, pretty much, with a couple of minor exceptions, like how Chad and I gradually got our communication together in a new way. Basically, we’re all just as comfortable with each other as we ever were, and it just felt like that right off the bat.”

Frusciante said he has no plans to incorporate his electronic music style heard on his new solo album Maya onto the new RHCP album.

“That’s what I do on my own. I’ve tried to do some of that kind of thing myself, breakbeats but with a rock music chord progression or whatever. I just think it’s kind of cheesy, and that’s not what I’m trying to do with the Chili Peppers.”