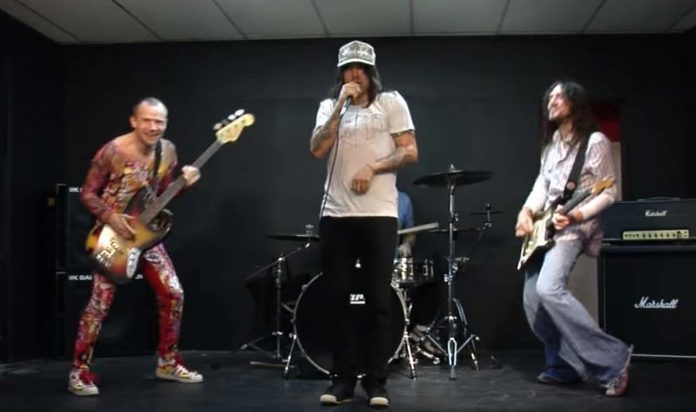 “After they finished that tour, they had a very clear two year hiatus. They said to everyone that works with them, ‘Don’t even talk to us. We’re shutting it down for two years.’ Flea went to music school, Anthony was a new Dad at the time, John was always making music, Chad started another band, he went on a whole tour in that period.

Two years, nothing, and then as that two year period came to a close, the other guys were like, ‘Alright.’ John still wasn’t up for getting back in, and doing it. He has one of the most amazing work ethics, he’s incredible like that. He was doing tons of great music, but they weren’t done, and they wanted to keep going, and I was there.

That’s when that started, and that was 2009. July 20th is when Flea asked me. They were still tying up some vacations and stuff, and in October, right after I turned 30, is when we played for the first time. It was out in the Valley, where they had written Blood Sugar Sex Magik I think. It was amazing, all of a sudden I’m in this band.” John Frusciante recently revealed why he rejoined Red Hot Chili Peppers.