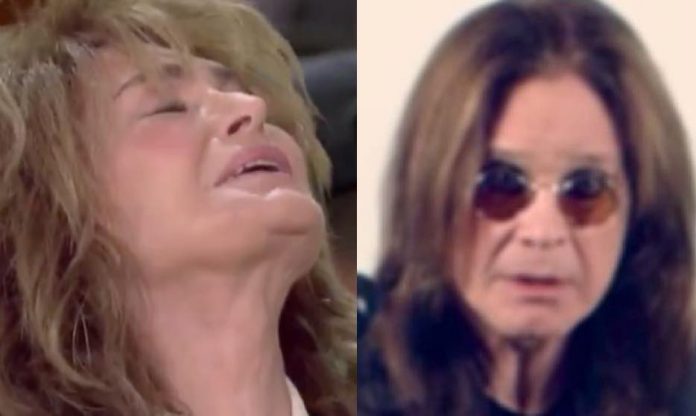 Legendary Black Sabbath frontman Ozzy Osbourne’s wife Sharon Osbourne recently filmed a video of herself re-enacting the scene in ‘When Harry Met Sally’ when Meg Ryan screams in a restaurant. Sharon wrote, “I’m f**king nuts.” Sharon was saddened a few days ago by an ‘irreplaceable’ loss.

Gus G discussed playing with Ozzy Osbourne in a new Session interview, “I just wanted to do it right. That was the main thing — I just wanted to play the stuff right; make it sound as close to the originals as possible. Because I think at the end of the day, that’s what the fans came out to hear — they come out to hear those classics. Of course, they come out to see Ozzy and then hear his classic songs played perfectly. That’s what the whole band was aiming for. Especially being a guitar player in that band, there’s a little bit of a pressure there. But it was cool. I’m up for a challenge. It was a really good time with him.”

Gus G previously told TrueMetal.it that he was kind of relieved Zakk Wylde got the call for Ozzy’s farewell tour. An A-list actress helping Ozzy Osbourne with his ‘sickness’ was recently revealed as well.

“I was just kind of tired of waiting around for all these years, not hearing anything about potential tours or recording activities. Of course, [Ozzy] was very busy with Black Sabbath — I understand that — but then in between of all that, there would be all these one-off [solo Ozzy] shows popping up and I had to make myself available for that. But there was never any… I felt like there was no… I didn’t see stuff coming up for the future, you know? So, as much as I loved being in that band and working with him, in a way, it was a little bit of a dead end for me, speaking personally. Of course, now he’s gonna go on a big tour again and do his farewell thing, and that’s great for him, but it was not a creative thing for me.”