Dirt Church represents songs the band recorded in Toronto in their “early days” as well as new material recorded in Vancouver at The Farm and Greenhouse Studios over the past two years. It was recorded and mixed by Tim Crich whose resume has included working with David Bowie, Gene Simmons, Billy Joel, Mick Jagger and many more. The album bringing back memories of so many 90’s bands when so many of the songs originated in the 80’s shows what a forward thinking band Groupoem were and are, and we are going to include reference points to those bands to further that point.

“Frozen” opens with a midtempo Grungy Screaming Treesesque riff, with Pixies Black Francisesque vocals. Lyrically it is a nostalgic track, reflecting on dreams of youth, and also the uncertainty that comes as one comes of age.

“Likely Story” is a frenetic punk rocker that sounds straight out of the 80’s punk rock era, with lyrics seemingly about journalism and getting the ‘scoop.’ There is a major Butthole Surfers vibe on this track.

“Skulls-Hey Judy” has a riff that brings back memories of Nirvana’s Bleach album. The vocals are a nonstop adrenaline rush, with lyrics about a self-destructive woman named Judy, who isn’t ‘normal anymore.’ Judy is suicidal and rebelling against her parents.

“Slimfast” is a midtempo rocker, with some of the best melodic guitar work on the album, with lyrics about ‘dancing with the devil.’ “Pearls” is another song with a melodic guitar riff, with quite possibly the best vocal hook on the album, about a divine girl who saw dark days. The guitar solo is reminiscent of Mike McCready.

“The Barge Comes” is a Germsesque punk rocker, with some of the more light hearted lyrics on the album.

“Affluenza” is about making all of the rules, and warning the world to ‘watch their ass.’

“Flat Earth” has the best guitar solo on the album. It features reflective lyrics about trying to find oneself and common ground with others: ‘One day we’re lost/one day we’re found/and everything we share.’

“Unshriveled” has a classic Alice In Chains and Soundgarden Grunge riff, with some of the most creative lyrics on the album: ‘Chivalry is alive/do what you want me to do/and you’ll begin to cry/if you did what I want you to do I cry in my druel.’ “Stalker” has another great riff with shades of Jerry Cantrell.

“Dirt Church,” “The Edge,” and “Sustenance” are all classic punk rockers, and could almost be their own vintage punk EP.

Overall Dirt Church is an eclectic mix of some of rock’s best subgenres. There are some incredible punk rockers, and other songs that sound straight out of the 1990’s Grunge era. There is a great balance of uptempto short rockers, and more melodic guitar tracks, with sarcastic yet heartfelt lyrics being heard throughout the record. Definitely check out Groupoem’s Dirt Church!

Check out the full album on the band’s official website on the music section and on Spotify. 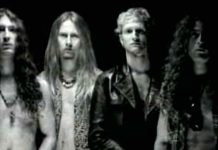 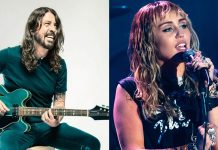 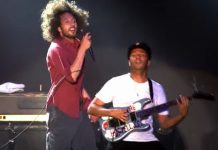 Rage Against The Machine Break Silence In 2021